What Are Atomic Swaps? The Most Comprehensive Guide Ever! 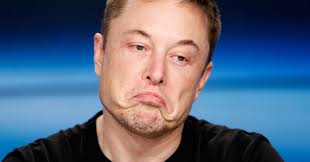 Atomic Swaps has the potential of completely revolutionizing the money transfer system in the crypto world. To put it in simple terms, atomic swaps will enable people to directly trade with one another wallet-to-wallet.

Atomic Swaps has the potential of completely revolutionizing the money transfer system in the crypto world. To put it in simple terms, atomic swaps will enable people to directly trade with one another wallet-to-wallet.

Since 2012, the concept of a trustless, peer-to-peer cryptocurrency has been a pretty hot topic. In July 2012, a developer by the name of Sergio Demian Lerner created the first draft of a trustless exchange protocol. The idea was pretty appealing, however, it wasn’t really fleshed out.

The breakthrough in atomic swap research happened around May 2013, when TIer Nolan provided the first full account of a procedure for atomic swaps. Tier Nolan is widely credited as the inventor of atomic swaps.

In this guide, we are going to look into how atomic swaps work and the advantages that they are going to bring into the ecosystem.

Suppose Alice has Bitcoin and wants to sell them for Litecoin. Similarly, we have Bob who has Litecoin but wants some Bitcoin instead. Normally what would have happened is that both of them would have had to go a centralized exchange, sell their cryptos and buy newer cryptos. However, there are a lot of problems with these exchanges.

Centralized exchanges always have the risk of getting hacked. Probably the most infamous example of this is Coincheck which got hacked for $550 million worth of NEM. The worst part is that this hack greatly reduced crypto sentiment in Japan, a country that was traditionally known to be very crypto friendly.

The infamous Mt. Gox hack where bitcoins worth $500 million were robbed happened directly as a result of CEO Max Karpeles’s inept management. As Andreas Anatopoulos put it:

“Magic The Gathering Online Exchange (Mt. Gox) is a systemic risk to bitcoin, a death trap for traders and a business run by the clueless.”

Exchanges can’t deal with changes in demand, especially when there is a sudden increase in demand. Do know why BCH’s value nearly went down by half on 12th November?

Turns out, there was a sudden rise in demand and most exchanges couldn’t cope. Bithumb, in particular, suffered 90 mins of downtime and lost 60,000 BTC in volume.

Because the centralized exchanges are registered in particular countries, they are subject to the whims of the government,

Because of the reasons stated above, centralized exchanges are not the ideal way to go forward for mainstream adoption.

What Are Atomic Swaps?

Atomic swap is a peer-to-peer exchange of cryptocurrencies from one party to another, without going through a third party service like a crypto exchange. During this entire process, the users have full control and ownership of their private keys.

On September 20, 2017, Decred and Litecoin did the first known successful implementation of the atomic swap.

Another interesting thing to note about atomic swaps:

How Does Atomic Swaps Work?

To give a very simplistic explanation. Two parties who are going to engage in atomic swaps decide on a shared secret. The two parties will share their cryptos if and only if their secrets match. So, this way, if somebody else barges into this exchange, they won’t be able to get their hands on any of the coins because they will not know this secret.

Ok, so now you know the concept, but how does it actually work?

What are Hashed Time Contracts?

A state channel is a two-way communication channel between participants which enable them to conduct interactions, which would normally occur on the blockchain, off the blockchain. What this will do is that it will decrease transaction time exponentially since you are no longer dependent on a third party like a miner to valid your transaction.

So what are the requirements to do an off-chain state channel?

The state channels can be closed at a point which is predetermined by the participants. Closing can happen because of one of the following reasons:

Hashed timelock contracts or “HTLCs” are one of the most convenient applications of the payment channels.

So, what is an HTLC?

Earlier iterations of payment channels which use “timelocks”. An HTLC “extends” that by introducing “Hashlocks” along with the timelocks.

The HTLC enables opening up of payment channels where funds can get transferred between parties prior to a pre-agreed deadline. These payments get acknowledged via the submission of cryptographic proofs. Along with that, another brilliant feature of the HTLCs is that it allows a party to forfeit the payment given to them and return it to the payer. The idea is to use a multisignature transaction system that holds both traders accountable for a swap to be successful.

Atomic Swaps: Underneath the Hood

Take a look at the image above which has been taken from Coin Central. Let’s see what is going on here.

So, to summarize the process.

Alice creates the value and generates its hash which is used to create the contract address and deposits her BTC there. She then sends the hash to Bob. Bob then generates the contract address through the hash and sends his LTC there. In order to get her hands on the LTC, Alice will have to unlock the address by using her value. Upon unlocking and getting her coins, the value of the key is given to Bob. Bob then uses the value to get his coins.

Atomic swaps, as we have stated earlier, can either be conducted on-chain or off-chain.

What Decred and Litecoin achieved was an on-chain atomic swap. On-Chain swaps takes place on either currency’s blockchain. In order to do this though, both currencies must:

Off-chain swap, on the otherhand, allows you to do atomic swaps off the blockchain. These basically take place on what is more commonly known as “layer 2”, Bitcoin and Litecoin engaged in the first ever off-chain atomic swap in November of 2017 by using the Bitcoin Lightning Network.

Different companies have different ways of executing the atomic swaps.

Komodo is a decentralized exchange and it is impossible to understate their contribution to the atomic swaps research. In fact, let’s take a tiny detour and go back in time. Just a year after Nolan presented the idea of atomic swap protocols, Komodo’s Lead Developer jl777 wrote the code that allowed some of the very first swaps.

In the beginning, this code only allowed atomic swaps between NXT assets. However, jl777 then upgraded the code to enable NXT assets to be exchanged with any Bitcoin-protocol coins.

During summer 2017, Komodo took the next step towards mainstream adoption of atomic swaps. They developed BarterDEX, which was the first GUI for a fully atomic-swap-powered crypto trading marketplace. Komodo soon began integrating dozens of Bitcoin-protocol coins and publicly performing thousands of atomic swaps on BarterDEX.

The month after the Litecoin-Decred atomic swap, Komodo came up with a method of doing atomic swap trading with Electrum servers.

After that, in Feb 2018, Komodo managed to connect Ethereum and Bitcoin-protocol coins with a swap between ETH and DOGE. This way, Komodo was the first blockchain project to achieve this feat.

By March 2018, Komodo’s atomic swap technology supported trades between 95% of all coins and tokens in existence.  At the time of writing, over 110,000 atomic swaps have been performed on BarterDEX, Komodo’s decentralized exchange (DEX).

Suppose Bob has BTC and would like some KMD (Komodo tokens) in exchange. Similarly, Alice has KMD and wants some BTC in return. How is this atomic swap going to work out?

Blockchain.io is implementing atomic swaps by combining centralized and decentralized components. Their model is made to encourage trade while entrusting trust.

The order book is going to be centralized to ensure high liquidity and also offers the user a choice to use atomic swaps for decentralized trade settlement.

The coins that have to be traded are locked up in a escrow smart contract, which can be freely traded. The trades happen centrally on the exchange’s platform. When the trade is done, they cash out.

The first limitation that atomic swaps face in its current iteration is that three conditions need to be met for two cryptocurrencies to engage in atomic swaps.

As of right now, these characteristics are going to greatly limit the number of cryptos that can actually take part in these swaps. However, that’s not the worst part.

It will, unfortunately, also limit the number of companies and users that can experiment with them right now. This will increase the time it will take the general masses to get used to this new technology.

Yes, we realize that we have listed “speed” as one of the advantages, but here us out.

In its current iteration, atomic swap still needs tons of refinement and enhancement before it becomes fast enough to handle large volumes of data. This one area where the lightning network can aid atomic swaps in a major way.

It is true that more wallets are coming out which are going to adopt atomic swap technology, however, the fact remains that the total number of compatible wallet and exchanges is still really low. Greater support from more exchanges will inevitably lead to more broad scale use and research.

Lack of scalability and interoperability are two of the biggest problems that the crypto world is facing as of right now. With atomic swaps, we have a solution which can kill two birds with one stone. This is a piece of technology which has the serious potential of taking us to the next evolution of crypto trading. Let’s hope that more research work and adoption takes place in the near future.

Mike Uczciwek
Internationally known entrepreneur and founder of Paypal, Tesla, SpaceX and I have an interest in rockets. :)

I think you down played the real contributions of Decred and Litecoin in this scenario. The purpose of the atomic swap was to eliminate the middle man, keep exchanges and other 3rd parties from charging fees to coin owners and keep them out of the transactions between peers.
Decred simplified and wrote the code to create the tools to enable all coins to do atomic swaps. They are the repository for the atomic swap code.
Decred does not charge for the code or to help other coins do atomic swaps. The code they share does not have to be the same but it does have to be able to work with the other coinâ€™s code in order to work.
Decred is also not a token. There are differences between coins and tokens.

38
2018-10-12 09:23:44
Have questions? We have built an incredible community of blockchain enthusiasts from every corner of the industry. If you have questions, we have answers! Ask community

Fungible vs Non-Fungible Tokens - What is The Difference?
1,331
Hungry for knowledge?