By Blockgeeks.
The last 7 days were not easy for Bitcoin. But apparently, a non-profit organization named ‘Bitcoin Optech’ has come to its rescue which is working to resolve its scalability issues. In contrast, Cons

The last 7 days were not easy for Bitcoin. But apparently, a non-profit organization named ‘Bitcoin Optech’ has come to its rescue which is working to resolve its scalability issues. In contrast, Constantinople hard fork planned by Ethereum intended to increase its efficiency might not happen this year. Connecting scalability of cryptocurrencies with the current marketconditions, Joey King – Pantera Capital’s Co-Chief Investment Officer said that the crypto verse needs more scalability before the next run-up in prices. There is more from where all this came from, so take a sip of coffee and let’s get started!

1. A new big addition to the crypto verse! The American brokerage giant – Fidelity Investment announced the launch of a separate company ‘Fidelity Digital Asset Services’ that will manage cryptocurrency custody as well as trade execution for institutional
investors.

2. Likewise, the South Korean cryptocurrency exchange – Bithumb announced the launch of its own decentralized Exchange (DEX). This was confirmed by a post on Bithumb website. Ether will be the first and only base currency on the platform.

3. Speaking of additions, Bakkt has added a new member – Adam White, a cryptocurrency veteran, as their Chief Operating Officer. Kelly Loefller, the CEO of Bakkt said: “Adam Is a perfect fit with their cultural collaboration integrity, problem-solving, and leadership.”

4. For kindling the Blockchain fire among students, Woz U and Blockgeeks announced a new partnership. The partnership aims to aid students to get expertise on Blockchain technology. There will be over 30 courses and more than 500 lessons offered to the
students.

5. More on Blockchain education, the government of Gibraltar announced the group ‘The New Technologies in Education.’ The aim of the group is educational courses covering the new technologies like Blockchain.

6. From education to adoption! A German Bitcoin enthusiast naming ‘Matthias Steinig’ has created an e-bike that accepts payment through Lightning Network. The bike charges 250 Satoshis (BTC 0.00000250 or USD 0.016) per minute.

8. Relating scalability to current crypto market conditions, Joey Krug, Pantera Capital’s co-chief investment officer shared his thoughts. He said that for the next run-up in prices, cryptocurrency needs an increase in the scalability. He further added, “when that happens the market will be 10x from here.”

9. Another major adoption of Blockchain! The popular Japanese messaging app provider ‘LINE Corporation’ announced that its newly developed LINK (LN) token is available for trade on BITBOX, its native cryptocurrency exchange. The token can be traded with Bitcoin, Ethereum, and Tether.

11. In contrast, Ethereum would have to wait for its Constantinople hard fork expected to increase its efficiency. Infura tweeted: “Due to a consensus issue with the Constantinople fork, Ropsten is currently not usable.” (Source: TWITTER)

12. From adoption to implementation! The Kenyan government is utilizing the Blockchain technology in one of their recent initiative for providing cheap housing to people who need it. The initiative will be funded by Kenyan National Housing Fund to provide 500,000 cheaper housing units.

13. Accepting the Blockchain with open arms – Israel is seeing a huge growth in the Blockchain industry. The founding partner of the Israel Blockchain Association – Roman Gold said: “We see unprecedented growth among Blockchain startups, but on the other hand, many of them are skipping ICOs in favor of equity financing.”

14. A big milestone for MoneyMatch – a Malaysian Fintech company that has successfully completed its first cross-border transfer on RippleNet. The payment was processed from Malaysia to Spain.

15. The hard work of Decred is finally paying off as its Politiea software is now live! The project is for Blockchain-based governance and works around Decred’s same approach of combining proof-of-work and proof-of-state consensus by attempting to give governance decisions to those who will be actively participating in the operation of its protocol.

16. And some other interesting updates. Global ticket sales and distribution giant, Ticketmaster acquired a Blockchain start-up ‘Upgraded,’ that uses DLT and ‘smart tickets’ to combat fraud within the industry.

17. Binance – the largest cryptocurrency exchange by adjusted volume, is adding one more stablecoin on its platform, with the three stablecoins that it already supports.

18. Companies are having a soberer approach towards Blockchain and cryptocurrencies! The same was highlighted by the head of Russian Central Bank – Elvira Nabiullina. In a recent finance innovation forum held in Sochi, she said that cryptocurrency fever is
waning off.

19. In its recent report – Ernest and Young claimed that the state of the ICO industry is worse than one can imagine. According to the report, in the first half of 2018, 86% of the leading initial coin offerings (ICOs) that listed on a cryptocurrency exchange in 2017 are below their initial listing price.

20. A start-up company – Civil Media that offered a cryptocurrency for encouraging users to vote whether newsroom can submit stories on their publishing platform, announced the closing of its initial coin offering (ICO) and offered refunds to anyone who bought their tokens as it was unable to reach the soft cap of USD 8 million.

21. This week, Tron claimed to partner with Baidu – Chinese tech giant. But later this week, CN Ledger tweeted that this news was false. The tweet stated “The ‘partnership’ between Baidu and Tron is basically about Tron buying cloud computing resources from
Baidu. The two parties have made no contact at the blockchain business level.”

22. The Internet and Mobile Association of India (IAMAI) has made a committee dedicated to Blockchain technology to advance the development of domestic Blockchain ecosystem. The committee will be chaired by Tina Singh – Chief Digital Officer, Mahindra Finance.

23. Expanding their services in the security sector, the multinational security firm – G4S intends to apply their expertise for safeguarding their client’s digital assets. They are already offering secure methods to store digital currencies for their clients, according to the reports.

24. During the Bermuda Executive Forum held in Miami, US, Uulala – a US Fintech company has become the first firm to get approval for the ICO from the Bermuda government.

25. Greenstream is determined to provide an all-round solution to the Canadian Cannabis industry. This news came after the Canadian government legalized the Cannabis on Oct 17 2018 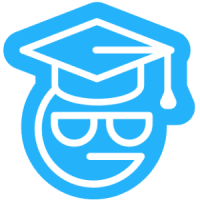