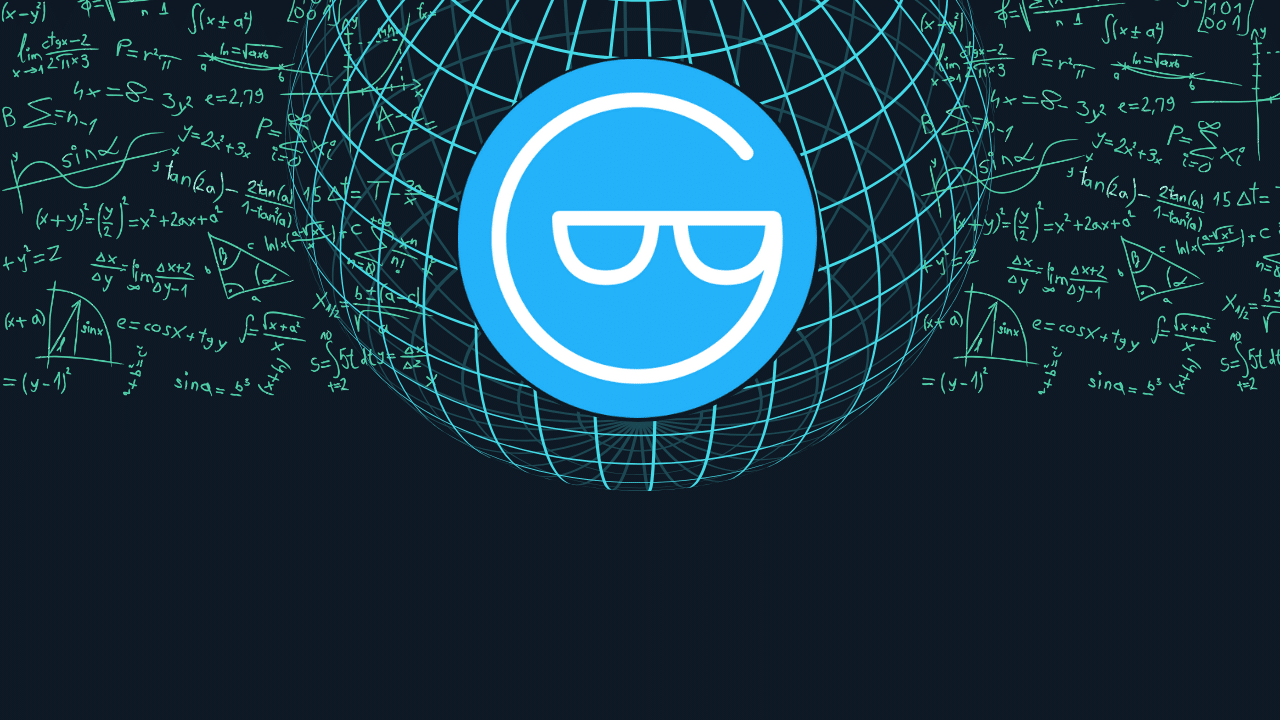 Blockchain Developer Salary, How Much Does One Really Make?

By Andrew Zapotochny
Blockchain Developer Salary We are currently living through the early years of the "blockchain era." The demand for blockchain developers and engineers keeps on increasing without pause. The numbers
Tweet38
Share148
Share
WhatsApp

We are currently living through the early years of the “blockchain era.” The demand for blockchain developers and engineers keeps on increasing without pause. The numbers don’t lie and they are truly staggering. According to research done by management consulting firm, Janco Associates, the median salary for a blockchain developer is now as much as $127,000. Experienced developers can command as much as a staggering $172,000. In the future, as the demand rises, these numbers are going to rise as well.

Indeed.com, one of the biggest job portals in the world, published some interesting statistics regarding the rise of Blockchain jobs. It looks like the number of blockchain jobs increased from December 2016 to December 2017 by a staggering 207%. But that’s not the end of it. According to the stats, this number has increased by, a scarcely believable 631% since November 2015.

Cryptocurrency was such a hot topic in 2017, that 15 of the 18 more popular industry jobs specifically mentioned “cryptocurrency” in the description.

Showing how hot cryptocurrency has become in 2017 after being generally overshadowed by blockchain in 2016, 15 out of the 18 most popular industry jobs specifically mentioned “cryptocurrency” in the description.

Because of this rapid surge of interest, the biggest industries are desperately looking for high-quality talent in a field which, as of now, is extremely limited. In fact, this was pointed out by Vice president of product at Indeed.com, Terence Chiu, when he told CoinDesk:

“While the number of opportunities and searches are still quite small, Indeed data shows that companies are increasingly seeking experts to focus on this new technology – and job seekers have been quick to react.”

Obviously, the hottest job in this space is for blockchain developers and that is exactly what we are going to focus on here today. So, without any further ado, let’s get started.

Why You Should Opt For Blockchain Jobs

We have already established thus far that demand for blockchain jobs is at an all-time high. But that may not be enough to convince you to plot a new career path here. For this, let’s explore some more reasons as to why you should opt for a blockchain job. (The content idea and graphs for this section has been taken from Angel.co.)

Plus, it is also worth noting that the profit sharing models in crypto jobs are way better and the incentives a lot higher.

Remote jobs are on the rise and more and more people are quickly shunning the concept of an “office” and opting for location flexibility. This is another area where crypto companies outdo their legacy peers.

Plus, remember that crypto companies are far more likely to give you the “work from home” option and require you to come to work only on specific days.

This is a perk which is limited to token companies. Usually, at a startup, employees receive equity and have to wait for a liquidity event to sell shares and get Fiat currency. This may itself be a very complex process and in many scenarios, grants given by companies are very restrictive which blocks secondary transactions.

In blockchain companies, employees usually get tokens which acts as an equity-like compensation. These tokens, unlike shares, are inherently liquid, even though some of them may still have restrictions on them.

So, now that you know why you should look for a career in the blockchain space, let’s see exactly what you can do.

The demand for blockchain developers is at an all-time high. According to one of the biggest job portals in the world, Upwork, blockchain development/engineering is the second most demanded skill in the market after robotics specialists and it is only going to grow higher.

No, that’s not mere speculation, really think about it.

As the blockchain technology becomes more and more in-demand among the various business and finance industries the number of companies which deal with these issues will grow as well. Plus let’s not forget that legacy financial institution like Banks, Visa, etc. are also growing by leaps and bounds as well.

These companies are all looking for developers and architects who will give them an edge over their competitors. According to Toptal, a marketplace for on-demand tech talent,  the demand for blockchain engineers has grown 700% from January 2017 to January 2018.

What Blockchain Developer Skills Are In Demand

There are three skills that companies are on the lookout for in their blockchain developers:

However, since this space is so new and experienced blockchain developers are extremely hard to find, companies are looking into getting software developers with some desired skill sets. For this reason, developers must have at least some experience with working in open source projects, with work experience in GitHub being a good starting point. They should at least have immense knowledge in C/C++ as the majority of the projects are written on it. Along with it, a knowledge of Java, Python is also preferred.

Seamus Cushley of PwC noted that a potential blockchain engineer “should have a strong technical background and be curious about new technologies, flexible, and willing to learn more about the blockchain.” They should also have a basic knowledge of mathematics and algorithms. In fact, many of the big companies require a diploma in mathematics or computer science in order to be employed in American companies.

You can check out our guide on JavaScript and Solidity to get started.

Let’s take a look at the kind of money you can make as a blockchain developer. You will easily be making the highest salary in the space and depending on where they are working, they may get staggering levels of salary. E.g.in Silicon Valley, US, a blockchain developer can get an annual wage of $158k. When you compare that with the fact that a senior hardware developer in NVidia gets an annual salary of $135k, it is pretty impressive.

However, that’s not the end of it.

In Switzerland, blockchain developers get paid 120k-180k USD annually but in a stark contrast, developers in Great Britain get paid 50-90k annually.

But that’s for salaried folks. What about freelance developers? According to this article by Kirill Shilov, freelance consultants can get paid from $50 – $100 per hour.

Oh, and in case you were wondering, these jobs aren’t going away anytime soon, at least according to research by Burning Glass Technologies’ Matt Siegelman.

The total number of blockchain vacancies have increased by, at least, 4 times last year according to LinkedIn.

There are three kinds of developer CVs that we are going to look into.

The skills required for these developers are:

Freelancing rates start from $35 per hour.

Full-time employment can go up to $100k a year.

Here is what a typical CV for these resumes looks like:

For Ethereum developers, the skills that are required are:

Freelance rates start at $50 per hour.

Up next we have Ripple developers. So, what are the skills that these developers should have? Let’s take a look.

Freelance rates from $50 per hour.

Full-time employment salary up to $150k a year.

Example of the CV:

Where to Find Blockchain Developer Jobs

According to How To Token, the major locations for blockchain jobs are:

Image Credit: How To Token

Job recruiters can be broadly qualified into two types:

For obvious reasons, if your goal is to work for a big legacy firm then your chances of getting remote jobs are scarce. Less than 1% of the legacy firm jobs on Indeed.com are remotely located.

Having said that, let’s look at some of the legacy jobs out there and see how much they pay and what you need to have to get them.

According to Wikipedia, “The International Business Machines Corporation (IBM) is an American multinational technology company headquartered in Armonk, New York, United States, with operations in over 170 countries. The company began in 1911 as the Computing-Tabulating-Recording Company (CTR) and was renamed “International Business Machines” in 1924.”

Let’s look at some of the blockchain posts available in IBM.

IBM Global Business Services (GBS) is hiring strong Senior Consultant Developers who develop technical solutions to solve clients’ problems in various industries on one or more of the Blockchain Technology platforms, such as Hyperledger, Ethereum, and Ripple.

IBM wants a blockchain software engineer who can, “solve business problems with systems and integrations.”

Let’s look at the two top positions that Microsoft wishes to fulfill.

Microsoft wants to hire a Blockchain principal program manager. According to them, “This person will develop a deep understanding of how customers use distributed ledger technologies as well as compute, storage, database, and networking services in Azure to architect their applications.”

The qualifications that this person needs are:

The Systems Integrator team (SI) in Microsoft’s One Commercial Partner (OCP) organization, is seeking a senior business development manager to manage its recruiting and execution activities with top Global System Integrator (GSI), Advisory, and niche Blockchain partners, in addition to defining the through SI partner strategy for sales into Enterprise accounts.

A strong candidate should possess:

Visa Inc. is an American multinational financial services corporation headquartered in Foster City, California, United States. They are actively seeking blockchain experts to add to their team. It is hoped that using the blockchain system will clean up international banking.

Qualifications required for the job (taken from Smart Recruiter):

Main responsibilities of the job are:

Obviously, legacy firms are not the end all and be all. If you are looking to work in a startup then there are plenty of opportunities as well. Startup jobs are also more open to remote location contracts. Some of the places where you can look for these jobs are BountyOne, Crypto.jobs, AngelList.

Let’s look at some of the jobs you can find here.

Atlas City, based in London UK, is looking for a Senior C++ Developer who must have the following roles:

Blocksmith is blockchain studio based in London that works with startups and corporates helping them building their blockchain solutions and applications.

So, there you have it.

Blockchain Developer jobs are hot right now and if you have the necessary experience, then it will be sensible to make hay when the sun shines. There is a lot of money to make in this space, and if you have the ability to give the required value, then you can pocket yourself a considerable sum here.