By Ameer Rosic
Benefits of Cryptocurrency. Over the last couple of year's the term, cryptocurrency has been rapidly gaining the public eye. You might be more familiar with names like Bitcoin,  and Ethereum. These ar
EN
NL
ZH
FR
DE
IT
JA
KO
PT
RU
ES
TR
Tweet
Share
Share63
WhatsApp

Benefits of Cryptocurrency. Over the last couple of year’s the term, cryptocurrency has been rapidly gaining the public eye. You might be more familiar with names like Bitcoin,  and Ethereum. These are all cryptocurrencies.

In fact, there are many! Just take a quick little look

But before you continue reading, I want to give a short primer of cryptocurrency!

A cryptocurrency is a digital currency that is created and managed through the use of advanced encryption techniques known as cryptography. Cryptocurrency made the leap from being an academic concept to (virtual) reality with the creation of bitcoin in 2009. While bitcoin attracted a growing following in subsequent years, it captured significant investor and media attention in April 2013 when it peaked at a record 6 per bitcoin after surging 10-fold in the preceding two months. Bitcoin sported a market value of over $2 billion at its peak, but a 50% plunge shortly thereafter sparked a raging debate about the future of cryptocurrencies in general and Bitcoin in particular. So, will these alternative currencies eventually supplant conventional currencies and become as ubiquitous as dollars and euros someday? Or are cryptocurrencies a passing fad that will flame out before long? The answer lies with bitcoin.

The world is becoming more and more economically unsafe. This is not to say we are not growing. But as Nassim Taleb states in his book. Antifragile. Our economic machine is like a glass jaw. one small punch to it and it all comes crashing down!  Both long term and short term this is not good for you and all of the hard working citizen of the world

“FRAGILITY IS THE QUALITY OF THINGS THAT ARE VULNERABLE TO VOLATILITY.”

So below, I will outline some pros and cons of us adopting a global acceptance of Cryptocurrency.  And my hopes with this is…you will walk away with having found new found respect for cryptocurrency.

The Benefits of Cryptocurrency Over Current Fiat Currency Tech

Central governments can’t take it away!

Remember what happened in Cyprus in March 2013? The Central Bank wanted to take back uninsured deposits larger than $100,000 to help recapitalize itself, causing huge unrest in the local population. It originally wanted to take a percentage of deposits below that figure, eating directly into family savings. That can’t happen with cryptocurrency/bitcoin. Because the currency is decentralized, you own it. No central authority has control, and so a bank can’t take it away from you. For those who find their trust in the traditional banking system unraveling, that’s a big benefit.

Let’s take a look at some of the improvements that can be made to fiat currency by shifting towards digital cash: 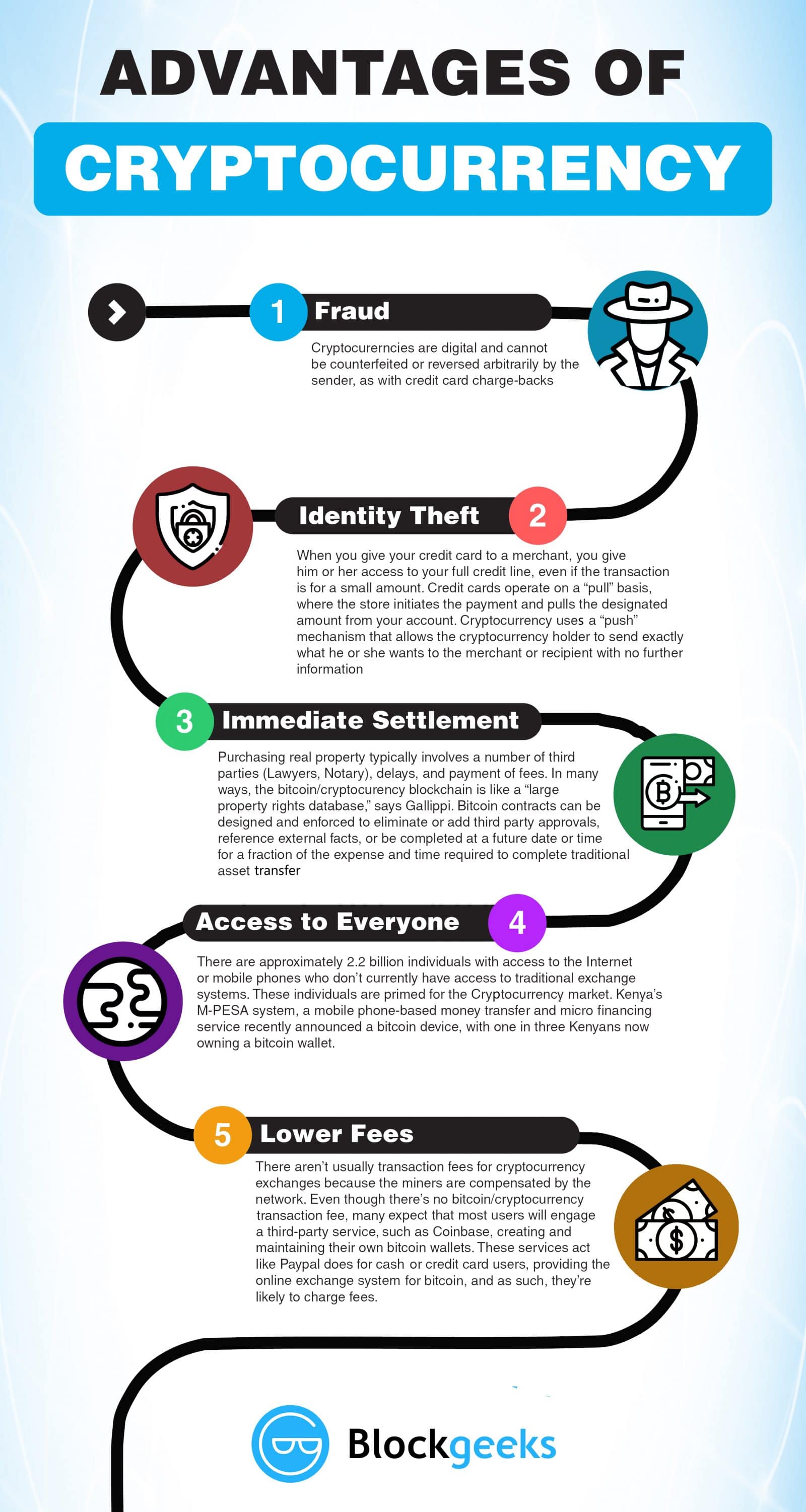 “THE BLOCKCHAIN KEEPS EVERYONE HONEST, AND A WHOLE LAYER OF BANKING BUREAUCRACY IS REMOVED, LOWERING COSTS.” – PAUL VIGNA

Most Important: You Own It

There is no other electronic cash system in which your account isn’t owned by someone else. Take PayPal, for example: if the company decides for some reason that your account has been misused, it has the power to freeze all of the assets held in the account, without consulting you (Trust me, this has happened to me many times) It is then up to you to jump through whatever hoops are necessary to get it cleared, so that you can access your funds. With cryptocurrency, you own the private key and the corresponding public key that makes up your cryptocurrency address. No one can take that away from you (unless you lose it yourself, or host it with a web-based wallet service that loses it for you).

Overall, cryptocurrencies have a long way to go before they can replace credit cards and traditional currencies as a tool for global commerce.

Bottom Line: Cryptocurrency is a baby. It will need years and years of exposure to the global system before the masses start accepting it.

Timothy B. Lee, an adjunct scholar at the Cato Institute and a regular contributor to Forbes.com, identifies four reasons to be cautious about bitcoins:

There are always pros and cons to any situation in life. To be able to make a good decision, you need to weigh the good and bad thoroughly before finalizing your choice. With Cryptocurrency, it’s more about mass acceptance than technology. The technology is here. Only time will tell when the rest of the world (governments, citizens) will say… YES!

Vote Up0Vote Down
A
Angelo Tanguanco
#6748

Vote Up2Vote Down
A
Angelo Tanguanco
#8177

Vote Up2Vote Down
A
Angelo Tanguanco
#8707

[…] (if we can call it that) is moving into its 8th year. The passionate believers, the curious, crypto-anarchists, and libertarians have all pretty much shown up.  Now, we have to get the rest of the […]