Crypto Derivatives in The EU – a breakdown 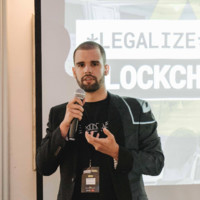 The use of crypto derivatives is becoming increasingly widespread among investors and crypto enthusiasts. Over the course of the last few years, a significant number of cryptoexchanges and crypto-platforms, such as Bitmex and Binance, started offering different types of derivatives to their customers without any restrictions. Apart from all the legal implications that a derivative might have, are these contracts offered by these platforms considered derivatives under the EU law?

What is a Derivative?

Derivatives are contracts that derive their value from the performance of an underlying asset (hereinafter referred to as ‘underlying’), event, or outcome—hence their name. Without an underlying to derive its value from, derivatives per se are valueless.

According to MiFID II and EMIR, there are eight types of derivatives contracts: options, futures, swaps, forwards, derivative instruments for the transfer of credit risk, financial contracts for differences (referred as “CFD”), securities giving the right to acquire or sell transferable securities and securitized cash-settled derivatives. The scope of this article focuses on the derivatives that are most used within the investment industry and the crypto-industry, being the future contracts and the option contracts.

A future is a standardized contract that obliges the parties to transact an asset at a predetermined and locked future date and price. The seller of the contract must sell the underlying asset at the set price, regardless of the spot market price at the expiration date.

All typical derivatives contracts, where futures and options are included, specify key terms, such as the underlying, size and price, expiration date, and settlement. They can be defined as follows:

For a deeper understanding of what a contract using bitcoin as collateral might be, an example in the form of a case study shall be provided. In this case study, we assume that Ana believes that the price of bitcoin in September will be lower than the current spot market price and that Ben believes that bitcoin price will be higher by that date. As a result, both of them agree on signing a standardized contract offer by an exchange where Ana is obliged to sell 1 bitcoin for $7500 in USDT/Tether (current market price) in September to Ben, whereas Ben is obliged to buy that bitcoin for that price and in USDT as well, in September. If bitcoin price in September is, for example, $8000, Ben will have a profit of $500 and Ana will have a loss of $500, since they are obliged to trade the underlying asset for $7500, even if the market price at that time is $8000. In this contract, we can easily identify all the characteristics of a typical derivative contract: the underlying is bitcoin, the size is one, the settlement is done through the physical delivery of the underlying asset (bitcoin), and the expiration date is September.

This example was a very high-level analysis of a typical derivative. But is this contract considered a derivative according to the EU law? In order to answer such question, two further questions need clarification: Firstly, is bitcoin considered a “thing” that would constitute an “underlying”? And secondly, would the use of stablecoins fall under the “cash-settled” definition?

Is bitcoin a currency, a commodity or an asset by exclusion?

In order for bitcoin to be considered a currency, it should perform the roles of a traditional currency, such as function as a medium of exchange, a store of value, a unit of account and have legal tender. Whether there might be a discussion to which extent bitcoin performs the economic functions of money, it is clear that bitcoin does not satisfy the legal tender requirement of a currency. Legal tender is anything recognized by law as a means to settle a public or private debt or meet a financial obligation where a creditor is legally obliged to accept such “thing” as repayment for the debt. For this reason, bitcoin shall not be considered as a currency.

Within the definitions of MiFID II, a commodity can be defined as any goods of a fungible nature that are capable of being delivered, including metals and their ores and alloys, agricultural products, and energy such as electricity. Bitcoin is capable of being delivered and even though there is not an academic agreement regarding bitcoin being considered as such, for simplicity purposes we shall assume it is fungible. The Field 55 in Table 2 of the Commission Implementing Regulation (EU) 2017/105 determines that commodities may be classified as agricultural, energy, freights, metals, index, environmental, exotic and others. If bitcoin was considered an “exotic” or “other” commodity, any typical derivative that derives its value from bitcoin would fall under the number (5), (6) or (7) of Section C of Annex II of MiFID II.

One may conclude, that regardless of the legal qualification of bitcoin, it would be suitable to be considered as an “underlying” of a derivative contract.

Cash is usually used as a reference to physical money, such as banknotes and coins. However, from a legal perspective, one must assume a broader approach to cash, thus consider cash as funds. According to Directive (EU) 2015/2366 (PSD2), ‘funds’ include banknotes, coins, scriptural money and electronic money. According to Directive 2009/110/EC (E-Money Directive), electronic money means monetary value as represented by a claim on the issuer, which is:

Most traditional stablecoins such as Tether (USDT) or Trust USD (TUSD), would probably satisfy all of the electronic money conditions, and as such, they would be considered electronic money, thus “cash-settled”. They are electronically stored, in software or hardware storage, are issued on receipt of funds such as U.S. dollars, are used for payment transactions, and other persons other than the issuer accept them as a means of payment.

In the light of our example, if Ana and Ben agreed on a settlement in such a stablecoin and everything else remained unchanged, such contract would probably be considered a derivative under MiFID II.

Crypto-backed Stablecoins differ from Traditional Stablecoins when it comes to how they are issued. On the one hand, traditional stablecoins are issued on the receipt of funds; on the other hand, crypto-backed stablecoins are issued on the receipt of crypto assets. For example, DAI is issued in proportion to the Ether deposited on MakerDAO’s Collateralized Debt Position smart contract. Since Ether is neither banknotes, nor coins, nor scriptural money nor electronic money, DAI can hardly be considered as electronic money.

From this rationale, DAI constitutes neither banknotes, nor coins, nor scriptural money, nor electronic money; thus, it may not be considered “cash” for cash-settlement purposes.

In our case study, we assumed Ana and Ben decided to settle their contract in USDT representing U.S. dollars, making it clear that such a contract would be a derivative under MiFID II. However, both parties actually agreed to settle in DAI. If DAI is not considered as cash, it is arguably difficult to consider such a contract as a derivative that would fall under number (5), (7), or (10) of Section C of Annex II of MiFID II, since it does not satisfy the condition of being settled in cash.

From a formal perspective, it is possible to conclude that contracts in which the settlement is satisfied via crypto-backed stablecoins might not be derivatives per se. However, caution in relation to such a theory must be undertaken. If a general substance over form approach is chosen when it comes to qualifying crypto-asset derivatives settled in crypto-backed stablecoins, the conclusion may differ radically. Always be aware that if something looks like a duck, swims like a duck, and quacks like a duck, then it probably is a duck. The same rationale may be applied to derivatives.

This article does not purport to give legal, financial or tax advice and the intended use of this article is deemed to be for general information purposes only.

Guilherme Maia
Guilherme heads the legal department at RealFevr, a Fantasy Football Mobile App & The First-ever Football Video NFTs Marketplace. His legal and technical expertise has landed him into a space where his legal advisory, as well as blockchain advisory through his VFA Agent License, enables exchanges and ICOs to be set up in Malta. His research led him to become an author of one of the first tax law theses about cryptocurrencies and blockchain in Portugal. Guilherme has always loved football and envisioned a future like Ronaldo’s but the universe had different plans and he couldn’t be more satisfied. You can connect with Guilherme on Linkedin.He currently is a legal and technical advisor in Blockchain Advisory, a company offering regulatory and technical consultation services in relation to blockchain technology, and helping companies such as exchanges and ICOs set up in Malta through their VFA Agent license.

0
newest oldest most voted
Have a question? Ask our Community

0
2020-05-04 08:44:28
Have questions? We have built an incredible community of blockchain enthusiasts from every corner of the industry. If you have questions, we have answers! Ask community

A Concise History of Blockchain Technology
0

What is Crypto Arbitrage? How To Make Money With Crypto
0
Hungry for knowledge?