In STOs vs. ICOs vs. IPOs, we learn about what each of these fundraising tools is and how they work and we compare them to current Maltese cryptocurrency regulations.

Initial Public Offerings (‘IPOs’) involve offering shares of a private company to the public through the issuance of new stocks, which requires the transition of a private company into a public company. An underwriter is typically appointed, and the shares are then listed for trading on an exchange. Through IPOs, companies have the opportunity to tap into a pool of public investors that provide capital. In return for their investment, prospective shareholders get a holding in the company. Moreover, IPOs are passportable across all EU and EEA member states, since they are regulated by EU-wide legislation.

Enjoy a free lesson from the Blockgeeks Library!

Some of the benefits of IPOs thus include an increase in capital, business growth, transparency and the potential of increased liquidity through a secondary listing. However, they are heavily regulated and thus more expensive than other methods of raising funds. The company is also exposed to competition risks since confidential information such as financial and tax information must be disclosed to the public. Furthermore, there is a loss of control since additional shareholders acquire voting rights, effectively decreasing existing shareholders’ power in the decision-making process.

Initial Coin Offerings (ICOs), like IPOs, are also used to raise funds, but that is pretty much where the similarities end. The crucial differences consist of issuing tokens that do not embody the rights pertaining to equity, whilst employing blockchain as a medium of distribution. ICOs involve the creation of new tokens that are distributed to investors in exchange for cryptocurrencies or fiat. The token typically offers some form of utility within the product or service being offered by the issuer, or other rights which, in their entirety, do not embody the rights pertaining to traditional equity.

In order to set up an ICO, a white paper must be published which sets out how the project will take place. This provides start-ups with a means of accessing capital without the impediments imposed by traditional IPOs, as well as without any restrictions as to the type of investors that may participate since typically ICOs are also open to retail investors.

There are several benefits associated with ICOs, most notably due to their mostly unregulated status in most jurisdictions save for generally applicable legislation such as anti-money laundering legislation. The use of blockchain means that the process is quicker since tokens are distributed automatically, and it is this ease of transaction that allows for rapid fund-raising. However, lack of regulation has notoriously led to several scam ICOs, resulting in low credibility over the recent years.

Security Token Offerings (STOs) have features of both IPOs and ICOs. While involving the issuance of tokens or coins on a blockchain, the tokens being issued are classified as securities since they typically represent an underlying asset such as stocks, bonds, or funds. Due to their nature as securities, they are regulated by traditional securities legislation, namely the Markets in Financial Instruments Regulation, Markets in Financial Instruments Directive, the Prospectus Directive, and the Transparency Directive within the ambit of European Union legislation.

While regulation provides the benefit of higher credibility than ICOs, the process is longer and imposes more requirements due to the applicability of traditional securities legislation. That being said, STOs are still more cost-effective and the process is faster than that of IPOs through the use of blockchain technology. Like IPOs, generally speaking, STOs are also passportable across EU and EEA member states. However, at this moment in time, security tokens face the issue of low liquidity as security tokens so far have not been listed on any major stock exchanges, due to the novel technology they employ.

Overview of the Maltese Regulatory Framework

The Virtual Financial Assets Act, which has been in force since the 1st of November 2018, regulates Initial Virtual Financial Assets Offerings (IVFAOs), the Maltese equivalent of ICOs, setting out the minimum requirements for carrying out an IVFAO from or within Malta. Regarding STOs, a public consultation has been conducted by the Malta Financial Services Authority (MFSA), with a full-blown policy expected to be issued in the coming weeks.

It is also important to note that all blockchain-based tokens, be it a utility or security tokens, are subject to the Financial Instruments Test to determine if the token in question classifies as a Financial Instrument (which include transferable securities), Electronic Money, Virtual Tokens, or a Virtual Financial Asset.

IVFAOs are regulated by Chapter 2 of the Virtual Financial Assets Rule Book which sets out the requirements that Issuers of IVFAOs from within Malta must adhere to.  Issuers seeking to launch an IVFAO from within Malta must undertake the Financial Instruments Test to determine whether the token is classified as a Virtual Financial Asset (‘VFA’). A VFA Agent must then be appointed and maintained throughout the duration of the entire IVFAO process, and the VFA Agent must endorse the final classification of the Financial Instrument Test. A Board of Administration must then be appointed consisting of at least two individuals, and a Maltese Company must be incorporated which would act as the issuing entity. The Issuer must also appoint the following functionaries who must have knowledge and experience in the field:

A Whitepaper must then be drawn up in line with the VFA Act and submitted to the MFSA by the VFA Agent.

Generally speaking, although the issuance of transferable securities is generally regulated by traditionally applicable legislation such as the Prospectus and Transparency Directives forming part of supranational-applicable EU legislation, the MFSA has issued a Consultation Document in relation to STOs, which establishes requirements which must be met to launch an STO from within Malta. Even though it is a non-legally binding Consultation Document, it is worth noting the various suggestions put forward by the MFSA in the document. Issuers seeking to launch an STO from within Malta must undertake the Financial Instruments Test to determine whether the token is classified as transferable security within the definition of MiFID II, with the Authority having the discretion to request a legal opinion confirming such classification. Although the MFSA will be considering authorization of several corporate structures to launch STOs in the future, for the time being, applications for approvals of prospectuses must be submitted from limited liability companies. Once an application is made to the Authority for approval of the prospectus, a three-pillar assessment of the Issuer’s Financial Soundness, Corporate Governance and Transparency will take place.

Financial soundness is assessed through the review of the previous three years’ financial information. With regard to corporate governance, the Authority will assess whether the prospective Issuer’s board of directors is knowledgeable of the industry and capable of undertaking its roles. The Issuer must then submit a prospectus to the Authority to enable it to determine whether the minimum transparency requirements have been met, in line with applicable EU legislation as outlined above.

STOs vs. ICOs vs. IPOs  – Which is the best option?

Raising funds is a crucial step for several companies, however determining which method to employ may be a cumbersome process. That being said, it is difficult to objectively determine the most effective method of raising funds per se. While ICOs offer almost complete liberalization and practically unrestricted sources for funds in most jurisdictions, they do not offer the same credibility as IPOs which are heavily regulated. IVFAOs in Malta seem to serve as a half-way house wherein they enjoy trust through regulation, offering more liberty to issuers than traditional ways of raising funds while safeguarding the investors’ interests. STOs may well be subject to the same suite of legislation as IPOs, with the main distinguishing factors being the use of blockchain technology, and the fact that STOs may not always strictly consist of equity offerings, and thus are more flexible in scope.

Ultimately one must always aim at striking a balance between the regulatory assurance of traditional securities whilst benefiting from the flexibility and efficiency enabled by innovative technologies such as blockchain.

0
2019-11-18 11:33:34
Have questions? We have built an incredible community of blockchain enthusiasts from every corner of the industry. If you have questions, we have answers! Ask community 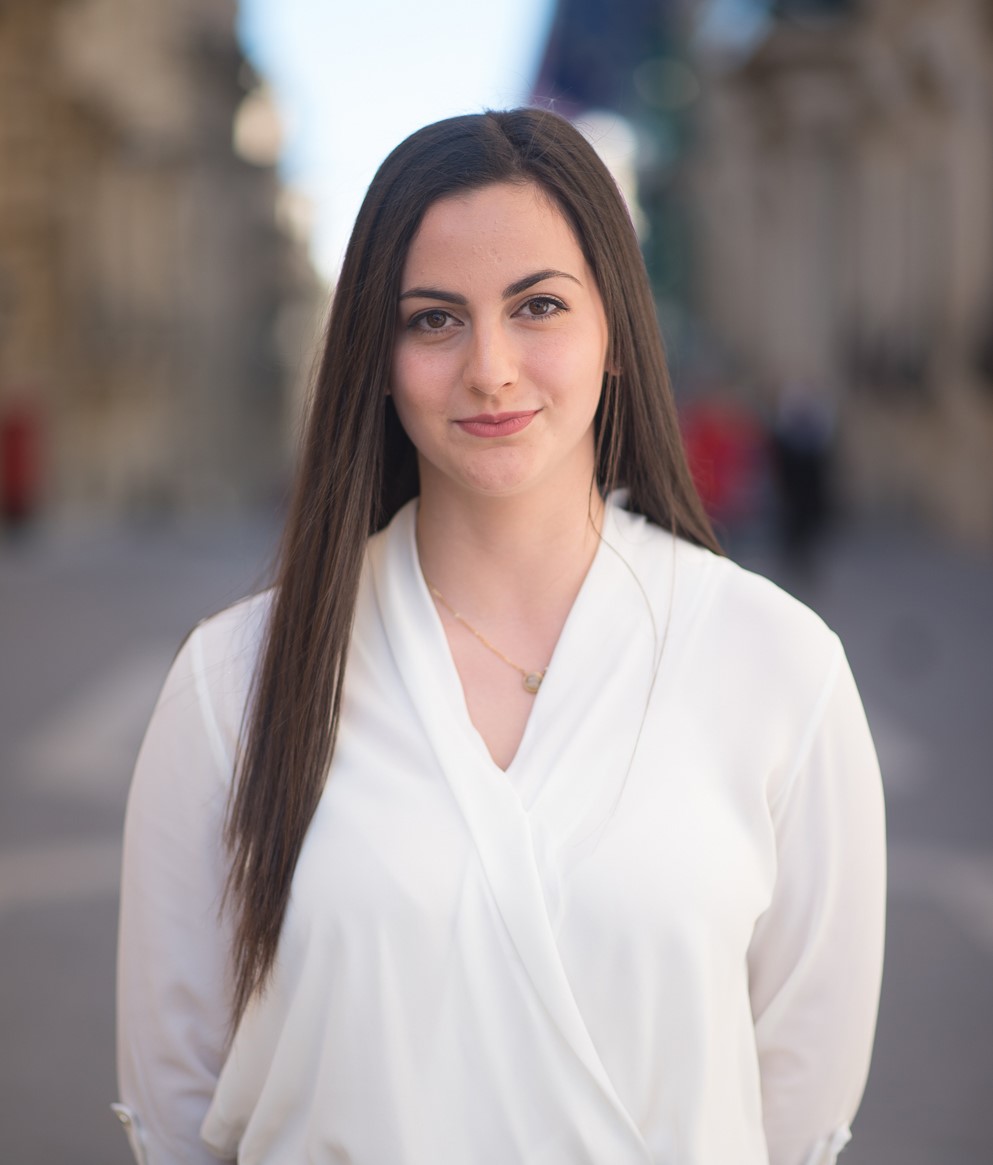 Blockchain Oracles - The Key To Scalability And Interoperability
73

What Is Quorum Blockchain? A Platform for The Enterprise
21
Hungry for knowledge?