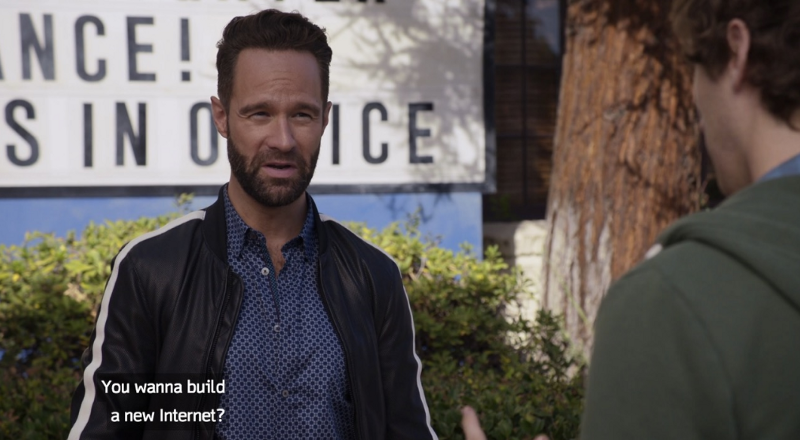 By amandagutterman
The user revolution has begun, powered by decentralizing technologies. From the birth of language to the dawn of the Internet, the technologies that push humanity forward allow us to collaborate at n
Tweet
Share5
Share20
WhatsApp

The user revolution has begun, powered by decentralizing technologies.

From the birth of language to the dawn of the Internet, the technologies that push humanity forward allow us to collaborate at new scales. We agree with a common purpose and work together in groups of increasing size and power.

Today, with so many of us connected online, the goal of 3.5 billion people frictionlessly sharing knowledge and collaborating is, in theory, an achievable one.

So why hasn’t the Internet united us? Why is our

Why is our trust in institutions — government, media, and business — eroding?

Why is it so hard for us to make compromises to achieve the ends we desire?

There are, of course, many answers, but here’s a simple one: the Internet is broken.

“In the end, our minds and their ability to create new ideas are the ultimate sources of all human wealth. That’s a resource nearly without limit.” — Ramez Naam, The Infinite Resource: The Power of Ideas on a Finite Planet

The Internet democratized access to information in a way previously the realm of science fiction. Texts, videos, and ideas became widely available, and transmittable, and our ability to communicate with each other, organize groups, and choreograph our activities, exploded.

But just when it seemed like the world had opened up, we identified a new type of information, more valuable than any before, and stashed a lot of it away in private vaults. The Internet allowed us to generate, strategically collect, and deploy, rich data about people, programs, companies, markets, and societies. A small, exclusive group of users siphoned this data off, to store in guarded silos and leverage for private gain.

To resist the privatization of data, the open source community has existed as long as computing, beginning with cypherpunks and basement hackers. Their movement produced Linux, Wikipedia, and countless more platforms, tools, and projects that succeeded. But it lost the battle for control of the Web 1.0 and 2.0. The winners were personal data collectors, repackagers, and vendors like Facebook and Google.

Finally, though, the tide is turning. Today we have a chance at a new Internet, enabled by decentralizing technologies such as Ethereum, the world computer. Big players are recognizing the benefits of open source and exploring the community-driven business models they bring. Creators and developers can take power again if we come together in time. We can build a new Internet that puts us, the users, first.

“In the twenty-first century our personal data is probably the most valuable resource most humans still have to offer, and we are giving it to the tech giants in exchange for email services and funny cat videos.” — Yuval Harari, Homo Deus

There’s an uncomfortable tension online today. Contributors of songs, ideas, art, code, and stories want to enrich the public sphere, but they need to sustain themselves and get paid for their work. That work adds enormous value to our lives, makes them vibrant, and sometimes even saves them.

The problem is that the way we exchange money captures value in only two dimensions. In truth, the value is being created everywhere. Let your eyes linger on an ad in the subway, and value has been created. Tweet a popular hashtag. Turn on the lights. Sign in using Facebook. Report traffic on Waze. Tell someone your secret.

There is a shift coming in the way we use the Internet, from an Internet of information to an Internet of value, where we frictionlessly exchange and communicate with no intermediaries.

In this new world, our value is something we carry around with us, that belongs to us and us alone (unless we opt to trade it). Value is captured in as many dimensions as reality. The representation of value that exists on the virtual plane becomes so rich with data that virtually becomes flush with real.

Without trust, there is no love. — Myth of Eros and Psyche

Why don’t we trust each other?

Maybe we did when we lived in tribes. In a small group, it’s possible to remember everyone from birth and the characteristics that make up their identities. She’s warm-hearted. He exaggerates. She prefers to sleep all day.

Today we empower institutions to guard the trust. We pay them royally for that service, because without trust, there is no business deal, no stamp on a passport, no line of credit, and no peace treaty.

But what happens when we create universal identity — a common and accepted baseline of trust, that exists without need for authority? What if we build a system that is inherently logical, programmable, and safe? What if everyone could share it, access it, and help grow it, all at the same time?

“Given a large enough beta-tester and co-developer base, almost every problem will be characterized quickly, and the fix obvious to someone.” — Eric S. Raymond, The Cathedral & The Bazaar

There is a new Internet coming, and with it, a new reality.

The architects of the future are already building these systems. But those systems are open source, which means if you help build them, they will be even better and stronger. Join some of the world’s most innovative technologists, entrepreneurs, and humanitarians at Ethereal Summit on May 19th in Brooklyn.

We can use technology to make the world better.

Amanda Gutterman
Amanda is currently busy running her own breakthrough marketing and advertising agency called Serotonin, and serving as a President for Mojito. Mojito is a web3 developer platform for NFT commerce, finance, and community engagement. A journalist, entrepreneur, and marketing executive, Amanda launched an innovative journalism platform, Slant News, and also served as the Chief Marketing Officer for Consensys from 2016 until 2019. She also worked at two of the most influential publications; HuffPost, and The New Yorker. While being listed in 2016 for Forbes 30 Under 30, Amanda has lots more to accomplish. You can connect with Amanda on Linkedin.