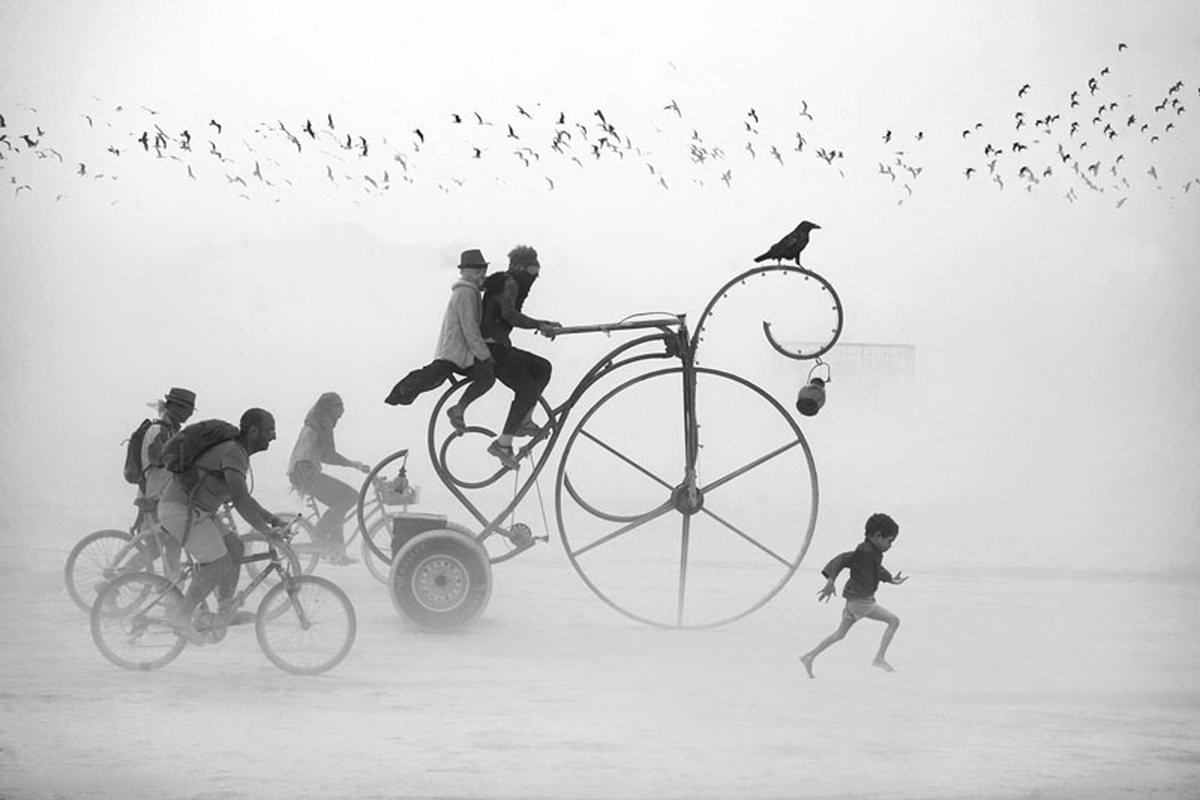 The Much Anticipated Bitcoin Explosion of 2017

By kontegna
Rally on! Hold for Reinforcements! Bitcoin-based Legacy Assets Are on the Way.   Image by Victor Habchy Bitcoin is on the verge of exploding into a socially accepted technology. The
Tweet31
Share76
Share89
WhatsApp

Rally on! Hold for Reinforcements! Bitcoin-based Legacy Assets Are on the Way.

Bitcoin is on the verge of exploding into a socially accepted technology. The recent BTC price rally has, of course, stoked the anticipation of holders whose gut-feeling of eventual success has been strong for years. But, even more importantly, the general public is paying more and more attention to bitcoin as a result. Validation, by the Lindy effect as well as the public’s’ increasing awareness of bitcoins’ unique attributes of transparency and scarcity, is not far away.

We may start counting in orders of magnitude and k per bitcoin is not far-off. Can we help besides just holding? Yes!

How will Life Design the Bitcoin Explosion?

The Great Transition—the shift from pre-modern to postmodern bitcoin culture—should be triggered by someone outside of the current ecosystem. That next “someone” will have a larger headcount than us, they are older, and they won’t use bitcoin wallets. These people value the piece of mind and the illusion of simplicity which includes a physiological fear of the new and lack of adrenalin needed to aggressively and proactively protect their personal capital

In 2017, bitcoin is expected to become broadly recognized as a new asset class. Investors who are poorly educated on the subject or ignorant of bitcoin still treat it as something similar to cash or precious metals.

What the intrigued asset managers see in bitcoin first is an asset class that is not correlated to anything. This phenomenon is of a very high institutional demand

“”bitcoin certificates” that are listed on a stock exchange and traded in the same marketplace as shares. A casual investor can, therefore, use her or his regular bank or securities broker to trade the instrument. These certificates will be displayed in an ordinary account where one will be able to track the development of the investment and buy and sell freely during trading hours. In most cases, these certificates will take the form of ETP (Exchange Traded Products). Different markets will come up with variations of those: Exchange Traded Notes (ETNs), Warrants, Mini Futures, Exchange Traded Funds (ETF) and Actively Managed Funds (AMF).

The Only Two Bitcoin Exposure Tools at Present

We would like to discuss the respected Gemini Trust and SolidX bitcoin Trust but have to wait until they become a real thing. Neither should we discuss hedge “funds” and listed investment advisors who act as retail asset managers buying bitcoin “for their clients” in a legally suspicious way. These kinds of dealings are numerous but hold very little value.

Amazingly, googling “bitcoin exposure” and doing a surface research give us only two options.

We should start with the thing that works in exactly the manner we should expect to be broadly accepted soon. “XBT Provider” is already used by traditional asset managers, for example, by Acatis (~$3.5 billion under management). XBT Provider’s structural arrangement is worth taking notice of though. It is a Swedish company acting under the control of Swedish FSA (Finansinspektionen). The company used to be part of the KnCGroup, a bitcoin miner, which I’m not sure is a good or a bad thing. Since very recently, the offshore Global Advisors (Jersey, Channel Islands) Limited is its parent company and also the fund guarantor who makes the construction even more bizarre. This combination of CISE (Channel Islands’ “SEC”) listing and Nasdaq Nordic in Stockholm circulation makes my head ache. One way or another, the stuff works for bitcoin investments done by laymen in EUR and SEK with an acceptable price markup. I estimate it as ~1.5-1.6% for myself, but you can try and calculate relative to your own effective price you normally get. Sadly, some of the more popular bitcoin-oriented services in Europe offer worse deals ever! 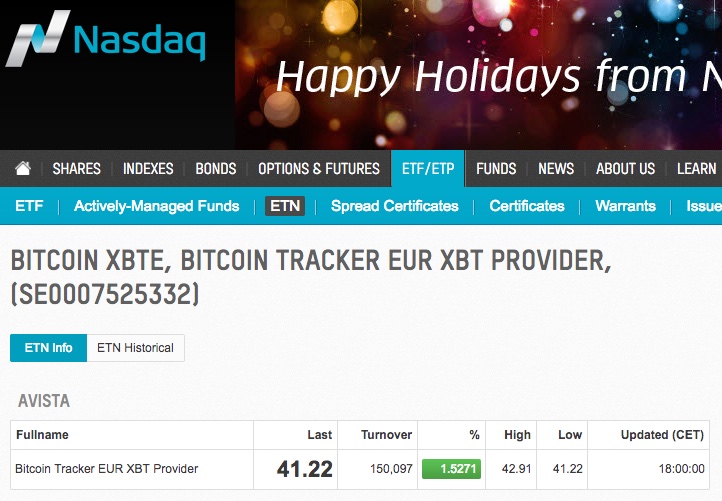 The second option seems to be the most straightforward structure that could be created onshore in the US, to date. Bitcoin Investment Trust is a private, open-ended trust with shares traded on the over-the-counter markets. The BIT’s sponsor is Grayscale Investments, a wholly-owned subsidiary of Digital Currency Group, which—again—I’m not sure whether this is good or bad. The management fee is 2%, but shares are of different liquidity class compared to XBT Provider (they are not exchange traded, just “publicly quoted”) so the direct markup comparison would be unfair. 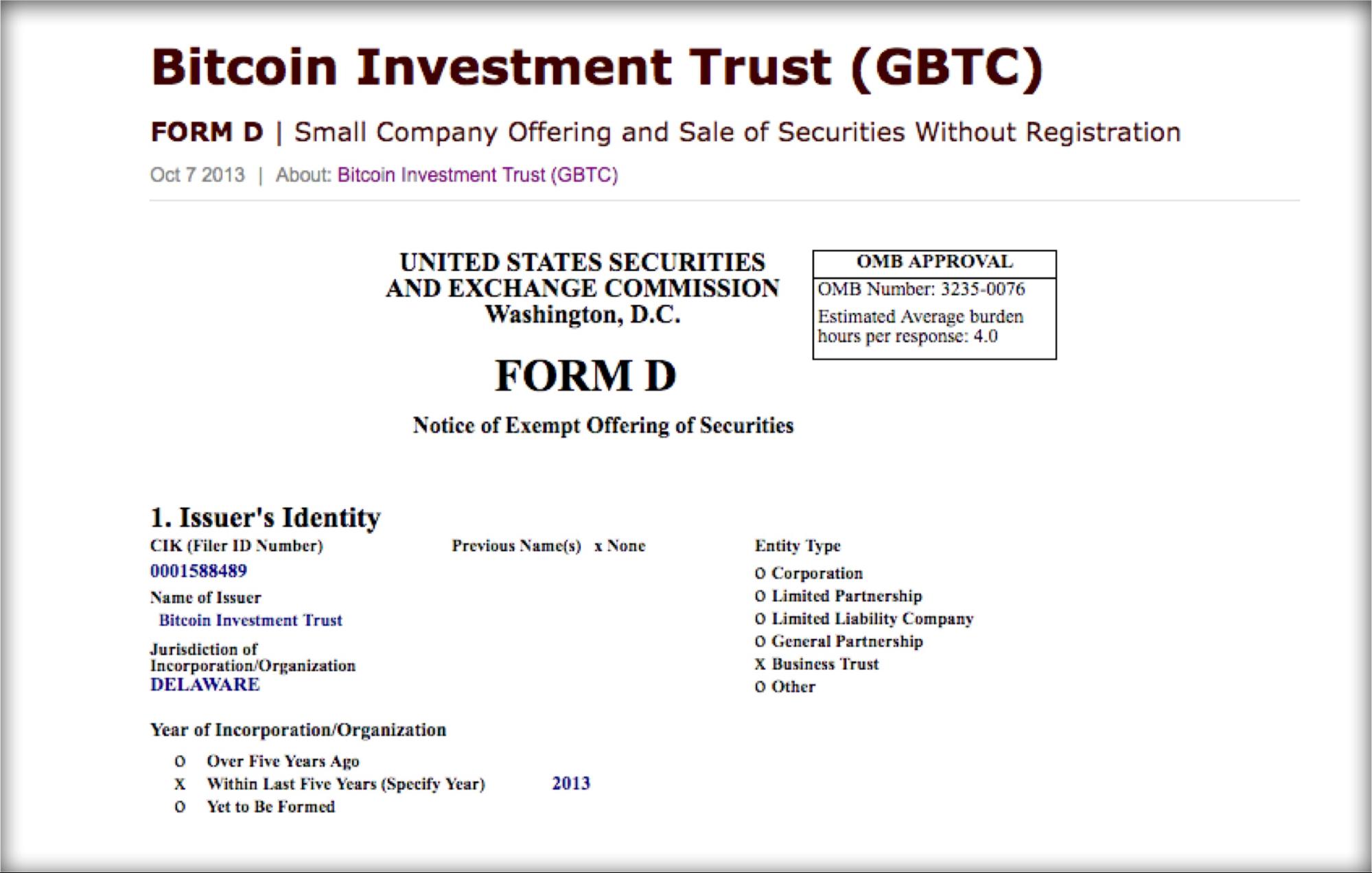 Why are there so few instruments?

What stops bitcoin-based ETPs from emerging all over the world considering the high demand? To answer that, let’s just look into the prospectus of the only entity that has managed to pass all local barriers. In the XBT Provider’s case, there are three parties responsible in the face of an investor: Europe’s regulator, Sweden’s regulator, and the asset manager. It is quite interesting to compare their lists of considered risks and concerns.

Europe’s bureaucracy—as the top authority in the chain—demonstrates the wide vision and biases towards the rule of law. This is the essence of the risk analysis by European Banking Authority:

The next authority—Swedish Central Bank—has a different perspective that is somewhat more of a market and competition conception of life. Its top concerns are:

The market player itself duly demonstrates the technocratic and managerial attitude:

While bureaucrats’ concerns are obvious and boring, GABI (Global Advisors bitcoin Investment) makes a very interesting addition to the lists with #6, above. The complete text for #6 on its list is:

The idea of a bitcoin hard fork is a serious matter. Here are a few questions for you:

Even if one can manage to answer a question, the following one(s) is likely to annoy you more. A fork may be accidental, political, or it may never happen. Some people argue that in the event of a split, one coin would “quickly die” being unable to take any economic power following it:

[Ethereum is fundamentally different to bitcoin, those differences allowed a minority chain to survive. That would not be the case with bitcoin. To maintain a minority fork of bitcoin it would be necessary to change the difficulty level and the mining algorithm, such changes even would probably not be enough to maintain the forks value in the face of the economic pressure from the majority chain. After all those changes there is no question about what is and what isn’t bitcoin proper, the only remaining question is why anyone would be foolish enough to try to fork without majority economic support and mining hash power combined as opposed to simply start a new alt coin, which at least has a tiny chance of life.] link

I disagree. I suppose anything can happen. Anything. One can try to prove the existence or possibility of something but can never prove the non-existence or impossibility of something, including that of bitcoin splitting into several currencies with more than one survivor. Actually, a few seconds of coexistence will be enough grounds for the filing of lawsuits. It may be hopeless for an investor to win such a suit but the potential legal fees and time still pose real threats.

Regulators and asset managers must look into how to deal with this issue before they open a fund and invite investors. If they do not prepare and describe their course of action in a prospectus they will face troubles. Thus, right now, this issue should be slowing down the process of regulator’s approval even if the possibility of its practical occurrence is next to zero. At the end of the day, the SEC is looking to protect and—even more importantly—warn investors so they know exactly what are they getting into. So listing the choices for them is a must.

The faster these disclosures are written the sooner we can enjoy the ride to the moon. By the way, if a fork does happen, funds’ decisions—expected to hold a substantial amount of coins—would affect the price drastically igniting a self-feeding spiral of death. So we really don’t want to let these non-bitcoin focused organizations take control of processes like writing prospectuses without the community’s close attention and reasonable advice.