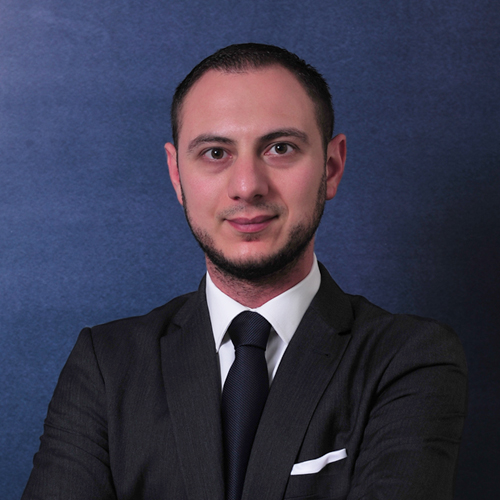 With many different sectors moving towards digitalisation, the finance industry is working together with the crypto industry to merge and create new financial products for consumption. As part of the
EN
ZH
FR
DE
IT
JA
KO
PT
RU
ES
VI
Tweet
Share86
Share
WhatsApp

With many different sectors moving towards digitalisation, the finance industry is working together with the crypto industry to merge and create new financial products for consumption. As part of the financial industry’s move towards digitalisation, stablecoins have been created, and efforts are being made for these new products to be appropriately regulated. As shall be seen in the following paragraphs, several regulators are opting to regulate stablecoins in the same manner they regulate existing financial instruments.

E-money versus Stablecoins – one and the same thing?

A number of regulatory authorities around the world, such as the European Supervisory Authorities (the “ESAs”), the UK Financial Conduct Authority (the “FCA”), the US Securities and Exchange Commission (the “SEC”) and the Malta Financial Services Authority (the “MFSA”) have, in the past months, published guidance and advice intended to provide clarity to market players transacting in crypto-asset, while others chose to enact legislation to regulate such crypto-assets or crypto-assets related activities. Apart from providing adequate protection to those transacting in crypto-assets, such measures were also intended to ensure that firms whose business activities revolve around crypto-assets are able to determine whether such crypto-assets fall within the scope of domestic or supranational financial and securities laws – which would therefore require such firms to conduct themselves in accordance with the relevant regulations.

A particular type of crypto-asset can be used to facilitate the buying and selling of goods and services and other payment services. These crypto-assets are generally termed as “Payment Tokens”. Payment Tokens are not issued or backed by any central authority; however, they are generally accepted to constitute a means of payment by the general public. This said, many jurisdictions do not consider them as legal tender and as a result, are not considered to constitute ‘money’.

What is electronic money?

The definition of Electronic Money therefore has the following elements:

Electronic Money must be electronically stored. The interpretation of “electronically stored” is very wide, so as to include both the Electronic Money products presently available, as well as the products which may develop in the future. Thus, the EMD2 has adopted a very technologically neutral approach. As mentioned above, the term “monetary value” is interpreted to mean the representation of its fiat currency equivalent, and not any other tangible asset.

The element of “a claim on the issuer” can also interpreted two-fold as follows:

Stablecoins are a type of payment token  backed by real assets or by fiat currency. Stablecoins have gained significant popularity amongst individuals, investors and authorities alike since they seem to provide the benefits of traceability and transparency when carrying out payments on a blockchain, whilst providing the stable valuations of fiat currencies. Many central banks of different states have created their own stablecoins which are backed one-is-to-one (1:1) by the fiat currency of each central bank. The main question with regards to stablecoins is if they can qualify as Electronic Money under the Electronic Money Directive (Directive 2009/110/EC) (“EMD2”).

Stablecoins were at the heart of a number of publications issued by the ESAs, the European Central Bank (the “ECB”) and other European regulatory authorities. The prevailing concerns surrounding Stablecoins is their proximity to Electronic Money – a payment instrument which is regulated under the Electronic Money Directive (Directive 2009/110/EC) (“EMD2”).

Can Stablecoins be classified as Electronic Money?

In the ECB’s ECB Occasional Paper Series Number 230, it is stated that stablecoins which are issued as tokenised coins can sometimes be categorised as electronic money under the EMD2. The EBA has also supported this statement by saying that certain stablecoins initiatives do satisfy the definition of “electronic money”, even in the opinion of national competent authorities. With that being said, the Occasional Paper does not classify stablecoins as crypto-assets generally-speaking, but can be considered as electronic money in certain structures. Naturally, this is just a generic approach and each stablecoin needs to be evaluated in its own separate merits.

Likewise, the UK’s financial regulator, the Financial Conduct Authority (“the FCA”) has come to the conclusion that stablecoins and fiat-backed coins can in fact qualify as Electronic Money, and shall then fall under the FCA’s remit. This was realised after a comprehensive overview of the crypto-market. That being said, stablecoins and other fiat-backed coins can only be categorised as electronic money if their structure allows them to do so. Thus, such a classification is dependent on a case-by-case analysis.

In order for stablecoins to be classified and regulated as Electronic Money, all the elements pertaining to Electronic under the ERD2 need to be satisfied. The Regulators’ approach is that stablecoins which exhibit clear similarities to Electronic Money need to be classified as such. The Regulators need to adopt a system where one analyses the structure of the stablecoin using determinate criteria, and then classify such coins on a case-by-case basis. If the stablecoin does not fall under the scope of the ERD2, it would likely generally remain unregulated, unless it is catered for separately under local legislation as is the case under Maltese law, where such coins would then be regulated as virtual financial asset.

One ought to appreciate that there are no clear guidelines as to how or whether certain types of crypto-assets, specifically stable coins, classify as Electronic Money, and therefore – irrespective of any test – it ultimately depends on the elements constituting those particular crypto-assets, the interpretation of the EMD2, jurisprudence and the arguments presented for and against such classification.