Are Crypto Exchanges Vulnerable to Hacks?

By Andrew Zapotochny
As blockchain technology grows increasingly widespread and is being utilized by enterprises for secure transactions, it is high time that we take a step back and scrutinize how secure these cryptocurr
Tweet
Share
Share
WhatsApp

As blockchain technology grows increasingly widespread and is being utilized by enterprises for secure transactions, it is high time that we take a step back and scrutinize how secure these cryptocurrency exchanges are? While there’s no denying the revolution that blockchain has brought forth within the crypto-currency world, the way the technology is currently being used for trading bitcoins and other virtual currencies leaves quite a lot desired from a security perspective.

While several vulnerabilities target digital transactions, the most significant security concern associated with crypto exchanges is the threat of an organization being hacked. Bearing witness to the dire urgency of the situation is the cyberattack on the Tokyo-based company, Coincheck. By leveraging a network-based security exploit, the malicious agents had managed to steal digital tokens, known as NEM coins, worth more than $500 million. As a direct consequence of the hack, which took place in January 2018, Coincheck had to suspend the dealing of all stolen coins, along with all other types of cryptocurrencies.

Even after two years of the hacking, the effects of the damage caused are still perpetuated and felt within Coincheck. Perhaps even more disturbing is that despite the massive amount of money that got stolen in the Coincheck hacking, it stills falls second to the damage caused in the Mt. Gox debacle of 2014. Considering the damage caused to both these Japanese crypto exchanges, it is well worth analyzing the root cause behind these hacks and the vulnerabilities that enable cybercriminals to launch such sophisticated hacking assaults.

To answer the question we’ve proposed in the title of this article-YES! Analyzing what went wrong might be the first step towards combating hackers. Before we get into the security concerns surrounding cryptocurrencies, however, we’d like to start at the very beginning and have a look at what blockchain is.

What Exactly is Blockchain Technology?

Once labeled by security experts as ‘unhackable,’ an increasing number of vulnerabilities are being found in blockchains. Only a decade ago, tech experts thought of blockchain as a revolutionary technology, which could not be further away from the situation’s reality. Since the beginning of 2017, cybercriminals have amassed a staggering $2 billion worth of cryptocurrency, which, if anything else, presents a pretty bleak outlook for the future of the tech.

To predict the future trends for blockchain and digital assets, it is worth analyzing blockchain fundamentals. Or, in other words, what makes blockchain, blockchain. As the name quite aptly implies, blockchain technology is a chain of “digital block” containing details of e-transactions.

These digital blocks are connected to the blocks before and behind it, making it extremely difficult for hackers to obtain the records without leaving behind virtual evidence. Furthermore, if malicious agents want to hijack a particular block, they’ll have to alter that specific block, along with all the blocks that it’s linked to, to avoid being detected.

Like password managers ensure the security of your accounts and prevent anyone from accessing your data in the same way, the blockchain protocol employs various cryptographic measures to secure the blockchain records and provide network participants a personalized key.

Moreover, since blockchains utilize peer-to-peer networks, accessing every single block on a blockchain would require a massive amount of computing power since the network is frequently updated and synchronized. If configured correctly, the blockchain system makes it relatively impossible for cybercriminals to add false transactions to the database. Perhaps this ease of verification led to tech experts labeling the technology as unhackable or revolutionary.

Why are Crypto Exchanges Vulnerable to Hacks?

Although it may come off as no surprise to anyone that blockchain poses an arsenal of threats that endanger multiple e-transactions, some of the security concerns surrounding crypto exchanges might be more complex than you think. Typically, most enterprises believe that they only need to secure the blockchain protocol, precisely the type of thinking that makes companies even more susceptible to hacks.

To trade cryptocurrencies, organizations need to rely on a software client, which can also contain vulnerabilities. Apart from the threats posed by a sketchy software client, some reasons as to why crypto exchanges are vulnerable to hacks include the following:

Most headline-grabbing hacks don’t target the blockchains; instead, they prey on the crypto exchanges. Crypto exchanges refer to websites like Coincheck and Mt. Gox, where individuals can buy, trade, and store cryptocurrencies. Unfortunately, most of these hacking assaults can be blamed on a sheer lack of security practices and cyber hygiene.

As a general rule of thumb, if the security on an exchange isn’t up to the mark, it can probably fall victim to hacking. Considering the damage that hacking assaults cause, it is high time for crypto exchanges to step up, take responsibility, and exercise better security measures. While it is true that the popularity of cryptocurrency trading has a lot to do with these crypto exchanges, if they fail to secure their platforms effectively, they could quickly see things go downhill.

The Vagueness Surrounding the Hackers:

A rather compelling reason explaining the sudden spike in hackings targeting crypto exchanges is how easily cybercriminals seem to get away with stealing such a massive amount of money. Naturally, this has made hackers even more fearless, which is further made evident by the sudden spike in hacks, losses of bitcoins, ransomware from $3 million in 2013 to $95 million, which was highlighted by findings of the research firm Chainalysis.

Considering the two examples mentioned above, in both of these instances, there is a certain air of unclarity surrounding the cybercriminals and their plan of action. While the attack on Coincheck did not result in the loss of any bitcoins, the major hacking assault on Mt. Gox primarily targeted bitcoins, with some estimates amounting to the total stolen figure bitcoins to a staggering $7.5 million at the time.

The primary reason behind the vagueness that encapsulates the malicious agents targeting crypto exchanges is the blockchain’s design. Since each network participant is equipped with a customized key, there is no way of telling whether or not a cybercriminal has gained access to the key, and subsequently, the transactional records.

At the end of the article, we can only hope that we’ve made clear to our readers the threats that plague the cryptocurrency world and crypto exchanges. Perhaps the most significant step that organizations can take to secure exchanges is to exercise a robust cybersecurity strategy. 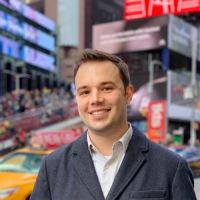 andrew-zapotochny andrew@blockgeeks.com
Andrew is the CEO of Blockgeeks and is the founder of AZ Blockchain, a boutique blockchain marketing company and consultancy. With 10 years of international experience in blockchain technologies, Andrew is known for launching tech ventures, leading marketing strategy development across dynamic fronts, and driving teams in executing digital campaigns, and creating successful new products. His entrepreneurial goal is to make blockchain accessible to all and create a mainstream hub for everyone to learn about blockchain technology. Andrew is super proud to have worked with global giants like KFC, Budweiser, Unilever, TD Bank, and government institutions. You can connect with Andrew on Linkedin.