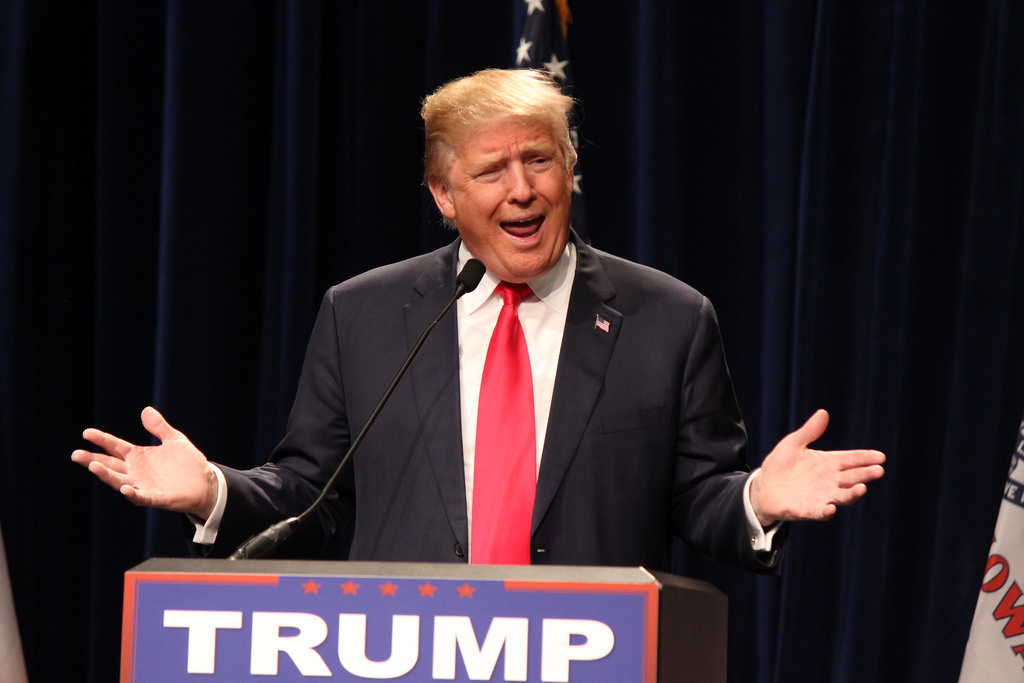 Are You Worried About Donald Trump? Then Start Your Own Country

Are You Worried About Donald Trump? Then Start Your Own Country

By JosephLubin
After Donald Trump’s election victory and watershed moment, many are excited about the possibility of change. This is true after every election -– yet we’ve seen in the past how much of the promised c
Share38
Tweet29
WhatsApp
Share29
Reddit1
97 Shares

After Donald Trump’s election victory and watershed moment, many are excited about the possibility of change. This is true after every election -– yet we’ve seen in the past how much of the promised change actually materializes. Meanwhile, others are horrified that a man such as The Donald (or the character that was crafted for Trump to play during the election) could become the “leader of the free world” and could be respected by roughly half the country.

Many of those horrified Americans are looking for an exit. So many, in fact, that as Trump surged into the lead on Tuesday night, enough people started searching for a way out that Canada’s immigration website crashed.

Perhaps this year more people are dissatisfied with the election results, and will be tempted to seek physical refuge in the Great White North. But if previous cycles are any indication, the threat to pack up the house and become a Raptors fan is an empty one; according to Prime Minister Trudeau, immigration numbers remain steady every four years. The truth is that virtually all Americans seeking exit after a presidential election that, in their view, went sideways, end up staying put.

However, this year is different, not just because of Donald Trump. There is a way to exit without leaving. If you don’t care to live fully under the dominion of a certain central authority, blockchain and Ethereum, specifically, increasingly allow you to become self-sovereign and build your own castle.

Take back control of your identity

The emerging decentralized world wide web is starting to take shape. It will feature all the services we love from Web 2.0 — the siloed, walled gardened, centralized one where you and your identity are culled and collected, scrutinized, monetized, bought, stolen and sold — but executed on Web 3.0, the decentralized World Wide Web, where you are the one in control.

On the current 2.0 version of the web you use every day, whether you’re streaming videos, sharing articles with your friends, commenting on a forum, banking, or buying groceries, various fragments that collectively constitute your online identity are owned by centralized institutions that derive value from the information they gather about you.

You, the consumer, are their product. And to that extent, all your favorite platforms and services are subject to legal processes that require them to report your information on demand to governments and other empowered services, e.g. law enforcement.

In contrast, on Ethereum, the current major global platform of the decentralized web, anyone (or for that matter, any organization, device, or software bot) can establish user-centric or self-sovereign identity. If you combine user-centric identity with the ability to control blockchain-based assets — i.e. tokens of value, money, capital — the full scope of what the internet offers is under your power. And you can selectively encrypt elements of that identity, or choose to reveal them when you deem it in your best interest.

Build a reputation as a global citizen

Ideally, this return of power to the citizen or consumer will not enable you to be reckless or harm others, but rather incentivize you to pursue the actions and behavior patterns that deliver the best outcomes to you and to the communities in which you are embedded.

This can happen via reputation systems that live on the blockchain. These systems, securely and privately, document your behavior through code, without depending on the goodwill of a trusted third party, like a centralized identity provider organization or government. As you accrue reputational attributes and attestations from those with whom you interact, over time you can gain the trust of the group.

Persistent, portable blockchain-based reputation will enfranchise you as a global citizen. Through reputation, you gain the power to exchange value, get a microloan from halfway across the world to start your business (even if you’re a refugee without a bank account), to execute contracts with other trusted parties that you’ll never need to meet. You can do this free from the inefficiencies of an esoteric, centralized system you need the help of lawyers, government agents, and other intermediaries to understand and navigate.

Organize a community around your values

You can engage in the next generation of decentralized peer-to-peer social networks and content registration and distribution systems from the comfort of your uPort identity access point. In time, this access point will serve many of the functions of a web browser, but one that acts like a smart agent doing your bidding.

These networks enable you to become more than a citizen of the country where you were born. Establish your own global village, which you can organize by geography if you’d like, or if you’d prefer, organize it by topic or shared principle. That way you can coordinate with like-minded people around the world to build systems of rules that meet the needs and preferences of your focused communities.

If you choose to use them, blockchain-based governance tools like Boardroomcan help you run these villages smoothly, fairly, and inclusively, and adapt to changing circumstances. Through code, governance can happen by group consensus, without need for central rule.

Don’t like the Electoral College? Instead, perhaps, outfit your global village with an alternate voting system (maybe employing liquid democracy and/or quadratic voting techniques), one that reflects the values your community shares and agrees upon, safeguarded from interference by corruption, or dominance by a vocal minority.

And don’t just vote on community governance. Vote on any issue of import, and choose how to use targeted raised funds in your community efficiently to crowdfund the projects you care about, through tools like WeiFund. Instead of the current system of taxation and inefficient or ill use of funds, you can raise funds specifically for public good projects, and you can use blockchain-based general ledger tools like Balanc3 to track the spending of every bit of ether (or other value token) by the organization that raises the funds.

Then elect yourself president

This future may sound like science fiction, but to those of us who work with blockchain and Ethereum, as decentralized tools become more readily available to us every day it is fast turning into our reality. In time we can all be presidents of certain communities we care about.

These communities will be global, overlapping and remarkably fluid in organization. Some will pop up in an instant to solve a problem, and then dissolve back into the soup of social potential, waiting to be reconfigured for the next purpose. The King is dead (or growing weak, at least). Long live the many, varied kings and queens.

josephlubin joseph.lubin@consensys.net
Founder of ConsenSys, a company that develops applications and utilities for the next-generation decentralized web, and co-founder of Ethereum.