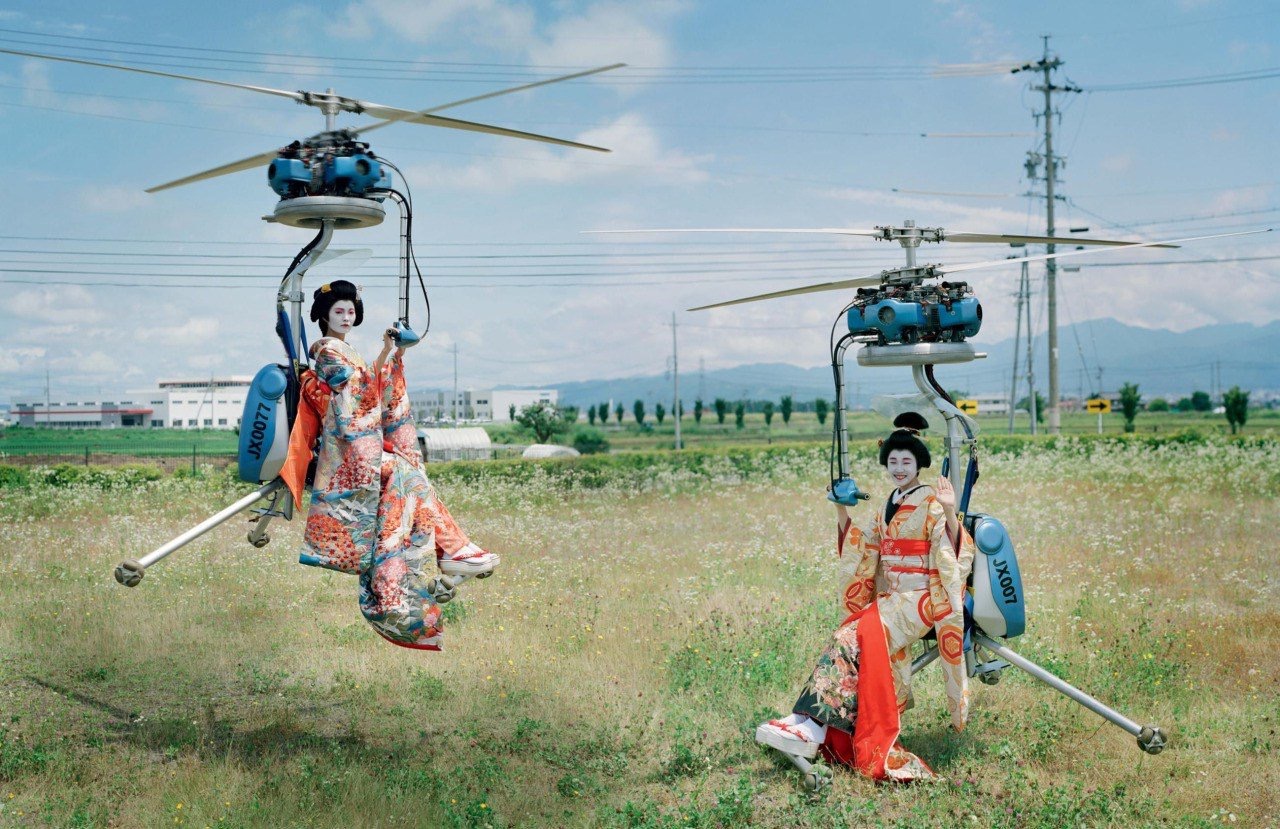 By kontegna
How to Safely Use Pre-alpha Stage Innovation   Image by Tim Walker What if in 1783, the year of the first demonstration of the hot-air balloon, someone would have come across the idea the devices a
Tweet19
Share7
Share83
WhatsApp

How to Safely Use Pre-alpha Stage Innovation

What if in 1783, the year of the first demonstration of the hot-air balloon, someone would have come across the idea the devices are great for visual presentation of just any message including commercial announcement or political will? Could the foods riots of 1795 outcome be different? How would people back then react if they learned that the intended purpose of this great and genius invention has never become practically meaningful? Would Montgolfières be pleased knowing their device still works fine today, centuries later, but mostly as a toy or a banner at a gas station?

In this post, I would like to discuss whether an average company can benefit from the decentralized autonomous organization (DAO) concept today, before it is well tested. DAO seems to be one of the greatest innovations of the decade. Such an organization rids the playing field of bureaucracy and other types of friction, while benefiting transparent operations and owner relations. You may come across a “no-boss organizations” reference to the DAO concept, but that is a misunderstanding. DAO’s voting and management rules can be designed just as you like; the key difference from an incumbent type of organization is that in DAO there are rules, but those rules cannot be ignored, and implementation of rules is transparent.

Spoiler: my idea is that DAO is already an excellent and unusual marketing tool, while the use of DAO in line with its intended purposes so far looks questionable.

Besides bringing somewhat ideologically-charged innovations such as ultimate transparency, immutability, and decentralization, DAO concept development may have far-reaching technical consequences. Today, even the most advanced enterprise management systems are still run on manual/brain labor. It’s like architects without AutoCAD, like logistics industries without GPS monitoring. It’s hard to overestimate the upgrade in management we can get from by-DAO-accumulated big data and machine learning results based on that.

The hardcore version of the DAO concept implies an autonomous form of existence, without any participation or supervision from the government. However, a hybrid approach—when there is no tight regulation in the usual sense, and at the same time the law is not violated—is likely to become the most used. As this is happening in the Bitcoin business environment now, the same kind of quiet and soft chaos is expected to emerge in the DAO business landscape.

DAO is obviously a brilliant concept that is seriously undervalued. For applied economics, DAO looks even more important than bitcoin itself, which is merely a reinvention of the concept of money, whereas DAO is a reinvention of the concept of business relations in general. Relations are surely a broader thing than money. One could barter for business, for example. For some reason, in the course of the blockchain revolution, we have prioritized less important stages leaving more important ones comparatively underdeveloped.

I suppose one of the stumbling blocks for the new blockchain-based economy to start freely running all over the planet is the state of DAO concept development. The great progress in bitcoin is a dormant investment to large extent.

Despite being a miraculous thing, I’m afraid DAOs will not be broadly used for several years. Who will show the way to DAO-ing business in reality? What prominent company will take the risk and why? How can we motivate thought leaders and large stakeholders? How can pioneers pay back the efforts? To answer these questions, let’s take a look at the three ways of using DAO today or tomorrow. These approaches can potentially justify the costs, risks, and efforts associated with reorganizing your project into the DAO format.

“Paul is Alone in the World” (1942) by Jens Sigsgaard is a story about a young boy who is rather fed up with all those meddling grown-ups. One day, he awakes and finds himself alone. Alone not just in his home, but in the world. This was something which many people have dreamt of. He sets out into the deserted city and has a lot of fun. There is nobody to forbid him to do anything. At the end of the day, he feels the Paul of the evening is very different from the Paul of the morning who loved the situation of being a free soul with nobody to scold him.

This plot seems to be important, having deep roots in human psychology. The story is highly beloved, was critically praised, has been translated into dozens of languages, is often used in schools and universities, and was turned into a movie. Exchanging Paul’s individualism into every city kid’s collectivism, the story has even been rewritten by the very prominent Soviet writer S. Mikhalkov.

ICO— initial coin offering—is the most used practical application of the DAO concept. By choosing the ICO path, companies or unregistered teams sidestep traditional venture capital and regulations. That’s a party of disobedience. They go straight to cryptocurrency enthusiasts, raise money directly and have fun.

The adventure is fast. Campaigns cost around fifty thousand dollars and take a few weeks to launch. Funds raised are x10 – x100 more than costs if the idea makes sense and the team is real. The thing is, the evening hasn’t come and we are yet to see the consequences. Escaping all sorts of authority and guidance might be a fun thing, but what we got now turns out to be a naive and incomplete investment of poor quality. It looks like few brands will survive their ICOs at the end of the day. I looked at the listings of projects who went ICO covering the year long period. About half of the projects aren’t alive any longer. And that’s even before serious regulators stepped in. 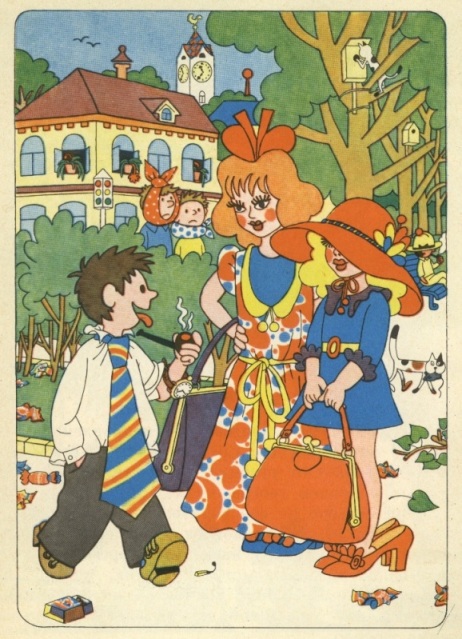 ICO practices today: all adults have left the town

It is worth noting that ICO-ed projects rarely use DAO. Instead, they often mold so-called application or native coins, also referred to as “altcoins”, inappropriately implying “an alternative to Bitcoin”. Those fake candy-wrappers seem to sell better than direct and honest equity substitutes (DAO tokens). My common sense has always filtered out strange ideas such as a social network with micropayments embedded or a prediction market system that needs to pull some new payment tokens into their frameworks.

When issuing “social money”, “job market money”, “advertising money”, those projects try to position themselves as central banks. They try to landmark the space on the new globe of blockchainified industries. That’s premature, to say the least. A share of a blockchainified enterprise would serve much better. A stock is a great invention, not any worse than blockchain. It is old but it works great. DAO just makes it more functional. A DAO setup lets investors see how the management process goes on. An “application coin” doesn’t. That’s probably why it is more popular among quick fundraisers. And that’s why the approach won’t last.

Ten years ago Hershey’s found itself battling drug charges in court, not for manufacturing, distributing, or selling, but for simulating. Critics claimed that Hershey’s packaging is too similar to the packaging for street drugs, such as cocaine, crack, and heroin. Eventually, the company announced that it was discontinuing Ice Breakers Pacs. A fundamental function of packaging is communication. Through packaging, the image and aura of the product is being delivered. Good or bad, regardless of whether any similarities are intentional, the resulting perception becomes a reality.

The directly conceived application of the DAO concept is the elimination of bureaucracy, reduction of corporate friction and corruption. Those things are certainly beautiful. However, one does not simply take her company to the DAO format. The transition of the management, ownership, and reporting formats is labor-intensive and technically difficult. Or rather, it is very unusual, which raises the costs of the company’s human resource department accordingly. An average enterprise will not do it on its own. Of course, professionally made DAO platforms are already in place. They are active in development and PR. They are legitimate and their progress is evident.

DAO concept may be perceived as unrealistic or even dangerous, due to the format of service delivery alone. 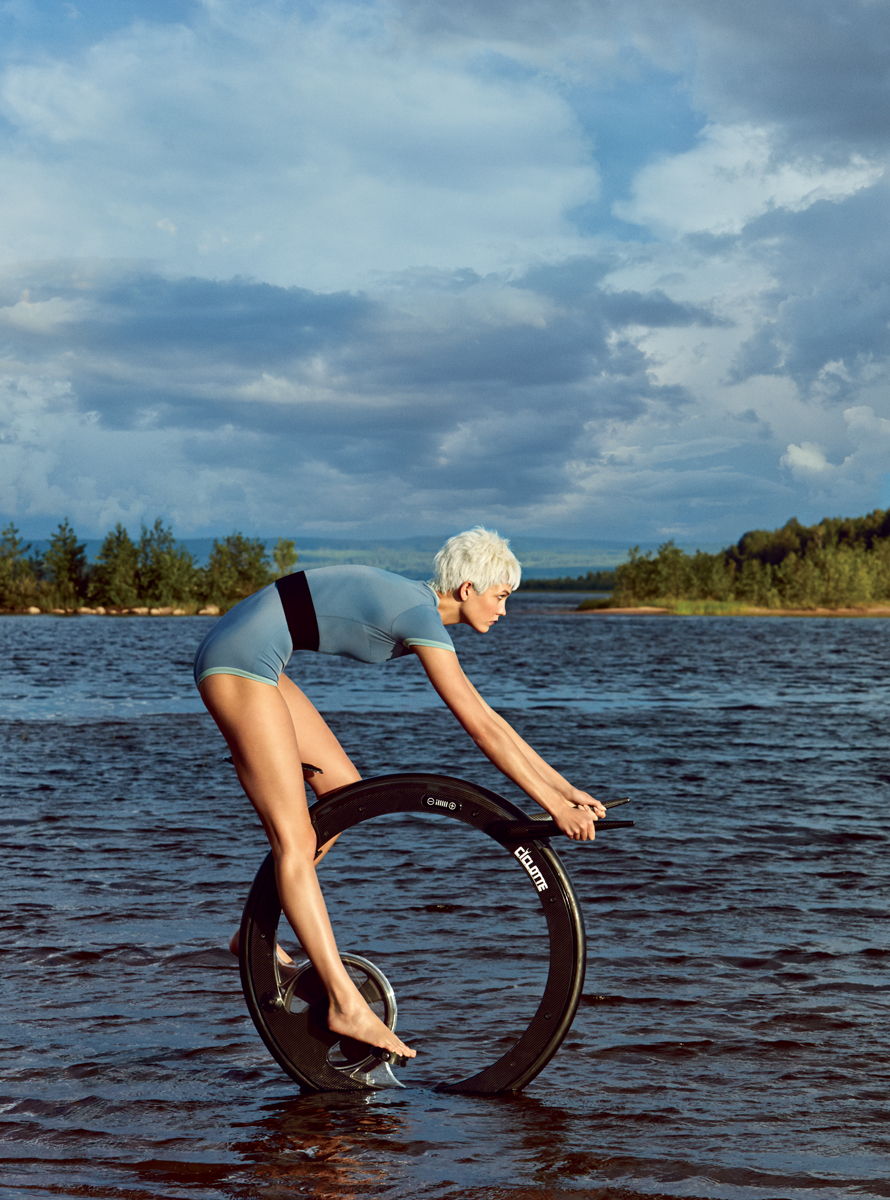 A platform used to DAO a project is a form of packaging. The present packaging is yet quite misleading. Depending on luck, your project-on-a-DAO-platform will look like one seeking for unregulated investments, as a group of uncontrolled freelancers, or part of some weird portfolio management effort.

There’s also a format war problem. Even if being all Ethereum-based, DAO tokens that were issued on different platforms are not directly compatible. There’s probably a chance for “burn & re-create” procedures in each particular case but we have no clarity whether the united market will work smoothly. DAO-token is not just a record of ownership and voting rights. It is a complicated object which needs specific “roads” for its traffic. The complicated junctions and limited free flow will make the entire market illiquid.

Summing up, I doubt you can justify the actual organizational DAO-restructure for the purposes of business effectiveness in the face of your board today. DAO-ing is not likely to harm you or be expected to really cut your bureaucracy costs at this point in time. Maybe next year you can move, especially if, by that time, there will be some legal form of tax optimization incorporated into one of DAO frameworks.

Meat grown in cell culture instead of inside animals is about to enter the market; its price is getting close to that of ordinary meat. The potential positive impact of this industry on our lives is enormous. For example, about 90% of the currently occupied land will be released (to new forests, for example). However, people’s attitude is suspicious. As market research suggests, this very new form of business—cellular agriculture—needs extra transparency of inner technological processes to convince customers. Memphis Meats CEO Uma Valeti, M.D. has said: “Right now, consumers eat meat despite how it’s produced. Once we have a better way of bringing meat to the table with a transparent production process, we’re convinced that consumers and the meat industry will make this inevitable shift towards a sustainable food system.” 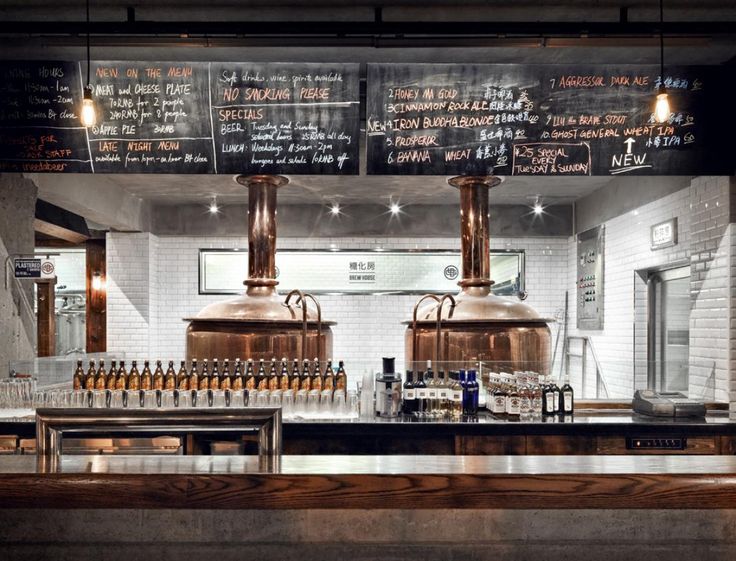 Some businesses already use extra transparency to succeed.

Organizing your business in the form of a DAO is a great way to make managerial processes both secure and transparent, without applying any specific efforts if you use an appropriate DAO platform. In addition to the obvious aspect of a generally increased trust, a “transparent in a new, honest way” company should be attractive for the journalists and other information hunters of the new age. A DAO-ed company will also become a point of interest for a fast growing and comparatively wealthy community of cryptocurrency lovers. Forbes doesn’t list them, but there are quite a few billionaires there. Bitcoiners and adjacent proto-societies are infected with some increased snobbery so the overall community is wrapped in a sort of a cocoon — {trustless-ness + decentralization} is a worldview and philosophy, no less. Running a DAO is a valid annual ticket there.

For some people, subculture or fashion prevails in any activity. 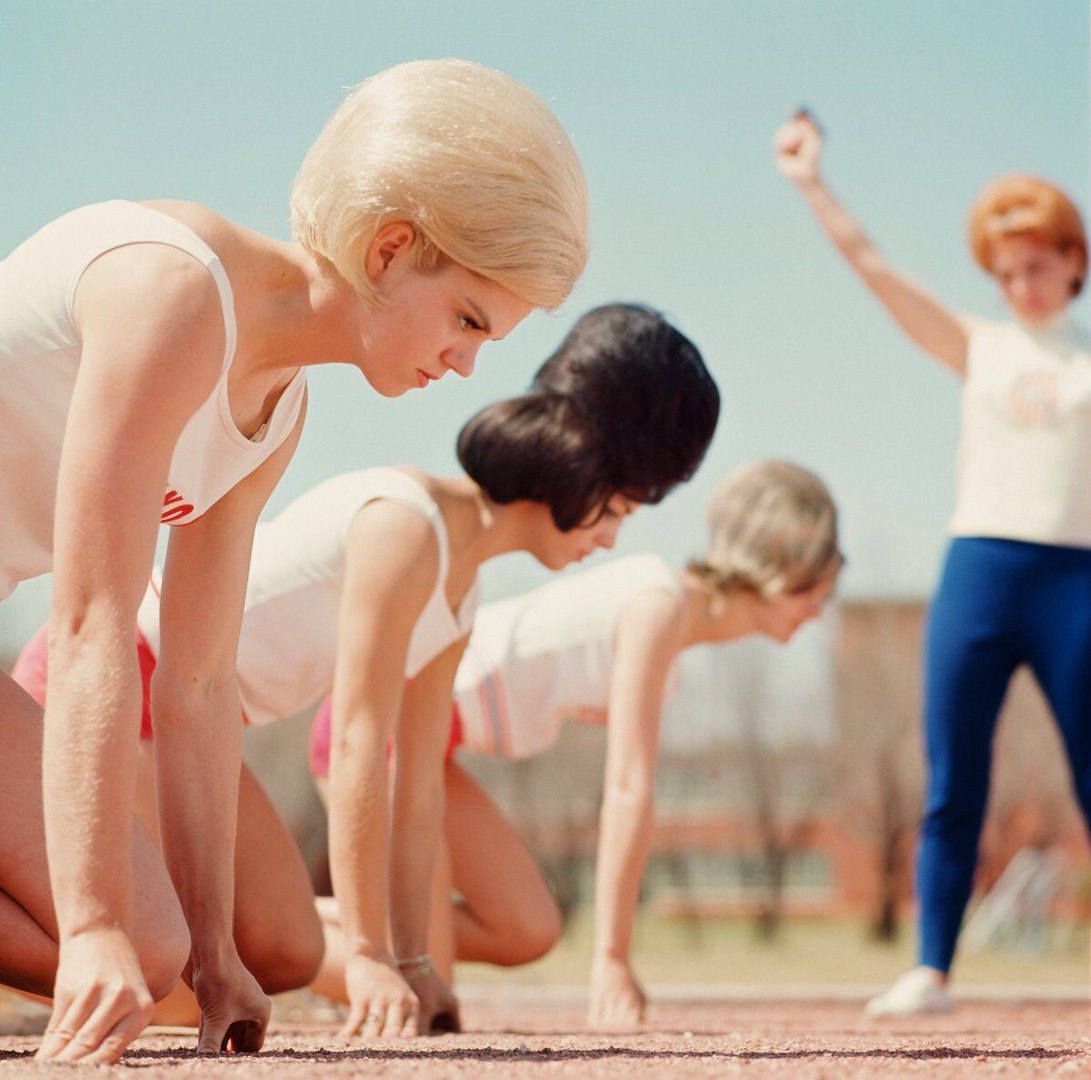 So, if you can imagine your company selling part of your goods or services for bitcoins and ethers, if some extra transparency does not look harmful for the business, and if you are personally interested in the DAO concept theoretically, it might be just a right time to try a soft version of moving your business to the DAO framework.